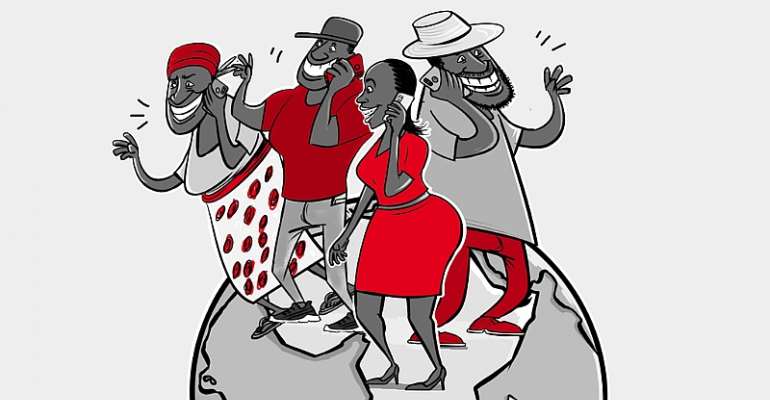 Africa Calling podcast takes a look at the top stories for the week from the African continent, including reports from the field and analysis with regional experts. We're talking about Nigeria's anti social media bill, what the African continent would expect from a new US President, protests in Angola and Senegal, as well as what news of a possible Covid-19 vaccine means for Africa. Our correspondent in the Anglophone region of Cameroon speaks to people with mobility issues who have additional hardships.

From Angola, protesters came out en masse on November 11th, their independence day, to protest against the government. RFI Lusophone @RFI_Pt service correspondent Francisco Paulo was there to speak to protesters.

How will the Africa continent fare with the new United States President Joe Biden after four years of insults by Donald Trump? Africa Calling speaks with analyst Sebastian Spio-Garbrah of @DaMina_Advisors who takes a peek at what is in store for Africa.

Some Senegalese Muslims came out to protest French President Emmanuel Macron. Correspondent Alpha Jallow was there to explain why people are burning French flags and photos of Macron.

While the Anglophone crisis in Cameroon has gone virtually unnoticed for four years, Anglophones continue to suffer. Correspondent Alphonse Tebeck @alphonse_tebeck in Bamenda speaks to those living with disabilities who are particularly vulnerable when their villages are being attacked.

Alison Hird @alisonsarahird makes the music pick this week with a soulful tune by veteran Angolan protest singer-songwriter Bonga. Starting out in the mid-60s, he used his songwriting as a form of activism, until he had to flee the country. His first album recorded in the Netherlands, Angola 72, is about being proud of being Angolan. Take a listen to “Mona Ki Ngi Xica” which roughly translates as 'the child I left behind', putting into words the longing for homeland.