Jerry John Rawlings Ghana's Hercules, A True Hero Is A Dying Art, Is A Work Of Heart 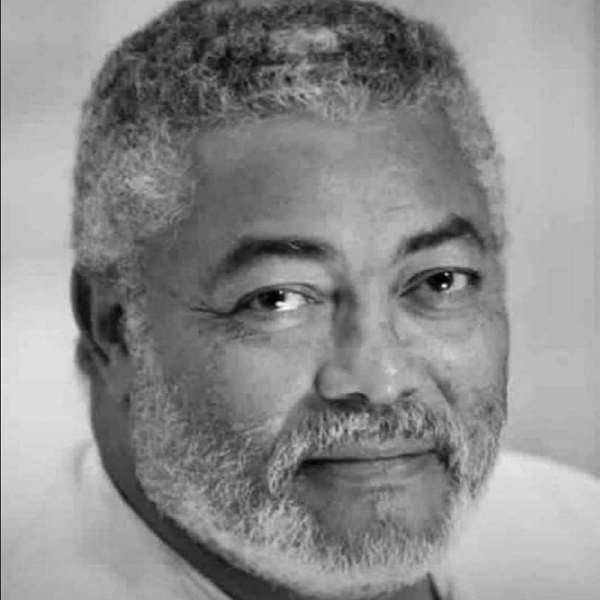 "If our people lose the courage to confront what is wrong then we become collaborators. "

A black star has died, a giant and giant tree has fallen. Many in Ghana are mourning, I mourn with them, a life long dream to meet a man who inspired so much courage and change has been shattered. JJ Rawlings passed on 12/ 11/2020 and I never got my wish. They don't make them like Ghana's Hercules anymore, a true hero is a dying art, is a work of heart that comes down to what's in you. He was brave enough to admit when things weren't working and grow. Unlike many presidents and world leaders, Rawlings actually cared about his people, the rich and poor. He was a good man with good intentions, unfortunately, good men may make mistakes, it's hard to be a king when you hate injustice truly, and cannot stand it when people are suffering. The same way Moses could not stand it and it made his anger boom. I hope Ghanaians can remember him by the quote above and the people can actually consider being moral in their life. Instead of being a 'smart' crook to get ahead. Then Ghana can be better for all. If the people especially some in high positions stop looting and stealing to build mansions, and pay expensively with state funds for sexual pleasures.

Too many use vile means that involve stepping on others to store up treasures on Earth unsatisfactory for their poor soul. So many people in the country look by when evil is being committed and yet still complain that the beautiful ones are not yet born and they will not be until we are bold enough to look evil in the face and not tolerate it. Rawlings was bold enough to confront corruption. Love him or hate him atleast he tried to bring justice even against the rich and powerful.

Love him or hate him. Rawlings was a true son of Kwame Nkrumah who believed the African could rule himself. Rawlings was not ashamed of being Ghanaian like so many filled with self-hate are that they continue to live in a colonised state wanting desperately to be associated with everything but black and Ghanaian. Rawlings was proud and represented Ghanaian culture, heritage and his identity at home and abroad. I also loved how his wife Nana Konadu Agyemang- Rawlings did the same. They were true patriots of Ghanaian and proud! Most of all Rawlings was just himself, no airs, no pretences, no bowing to the West and trying to earn their approval in order to be legitimate. Rawlings fought for Ghana and Ghana alone because he recognised that Ghana was independent.

Love him or hate him Rawlings was a servant of the people. Rawlings was never too big, too fantastic, too much of a person of power to not grant an audience to his people rich or poor. They were human to him. He was able to walk freely in the ghettos as well as palaces. He was never too big to wave even when he didn't want something like votes to the poor and the rich. He was a president who actually cared deeply for the poor, women and children.

Love him or hate him. Don't deny Rawlings taught us women should be loved deeply and men and women are equals. Rawlings made women backbones in his parliament and governmental offices. His deep respect and partnership with his wife Nana Konadu Agyeman-Rawlings was a testament of what marriage should be. Through thick and thin they exalted and uplifted each other. He was never too much of a man to not allow women to lead or reach their fullest potential. Rawlings showed a woman's place wasn't to be a quiet subservient creature, but women had a voice and a woman's voice could be a powerful agent of change. In this world where Adam and Eve co-exist Rawlings showed both were just as important and powerful as each other. A father who treated his children of all sexes the same and pushed them to achieve the greatest heights for themselves. Rawlings was also an example of great fatherhood.

Rawlings did not allow the nonsense of foolish prophecies and churches as well as other religious organisations who have nothing to do with God. But have everything to do with exploiting the poor and people's fears to generate money for the crooks pretend to be religious leaders. Now any type of nonsense is permitted in Ghana. When Rawlings was in power decency and respect reigned on multimedia channels. As well as cultural shows which educated children about their Ghanaian culture.

Love him or hate him Rawlings prized education for all and made it easier for it to be accessible. Rawlings first started as a Marxist because he wanted a fair Ghana for all. Yet this strategy, unfortunately, did not work well for Ghana economically so he was brave enough to admit a more free market economy was needed. When the people asked for democracy, Rawlings gave it to them and peacefully left after his term was over. This man was always ready to listen and do what the people wanted. I dare anyone to say many presidents and leaders are willing to let go of their ideals to be a leader by the people, for the people and with the people.

To the revolutionary who loved to dance and have fun. To the charismatic man who was effortlessly eloquent and charming. To the handsome man who treated his wife as his equal with love and tendered to his children. To the man who was never too big to walk with rich or poor. To the man who happily took interviews. To the man who listened to the people and stabilised Ghana and its economy.

Thank you for your service. Papa J go with peace and love. Ghana's Hercules.

More Editorial
Modern Ghana Links
Callous and unprofessional
Vaccine nationalism and us
Sanction face mask defaulters
Reaction swift, appropriate
So much noise about nothing
The President’s Lieutenants
The Stubborn Story
We Have Made It Nonetheless
Editorial: Four more to do more
Election Reports Quotes Dossiers
TOP STORIES