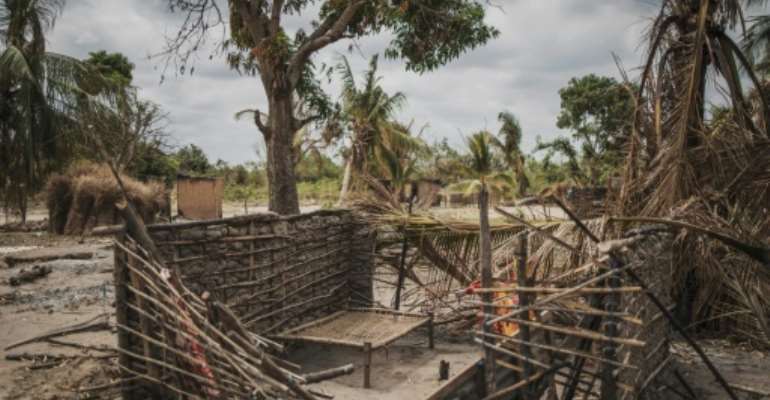 Jihadists have caused havoc in Cabo Delgado over the past three years, ravaging villages and towns. By MARCO LONGARI (AFP/File)

The UN called Friday for urgent measures to protect civilians in Mozambique's northeastern Cabo Delgado province, where jihadists are wreaking havoc, warning that the population was "desperate".

The UN rights office said attacks by armed groups had increased in the region in recent weeks, reportedly leaving dozens of people dead and forcing thousands to flee their homes.

"The situation is desperate both for those trapped in conflict-affected areas, with barely any means of surviving, and for those displaced across the province and beyond," UN High Commissioner for Human Rights Michelle Bachelet said in a statement.

"Those who remain have been left deprived of basic necessities and are at risk of being killed, sexually abused, kidnapped, or forcibly recruited by armed groups. Those that flee may die trying," she said.

Jihadists have caused havoc in Cabo Delgado over the past three years, ravaging villages and towns as part of a campaign to establish an Islamist caliphate.

The militants have stepped up their offensive in recent months and violently seized swathes of territory, terrorising citizens in the process.

Over the past two weeks, there has been a string of attacks in several villages, with witnesses saying homes and public buildings have been burned and dozens of people killed, the UN said, pointing to reports of numerous beheadings and kidnappings.

Last week, suspected militants beheaded over a dozen men and boys participating in a male initiation ceremony, according to local sources.

The unrest has killed over 2,000 people since 2017, more than half of them civilians, according to the US-based Armed Conflict Location and Event Data group.

Over 400,000 others have been displaced by the conflict and sought refuge in nearby towns and cities.

The UN rights office said Friday that since October 16 alone, more than 14,000 people had fled by sea and arrived in the provincial capital, Pemba.

At least one boat has capsized, killing around 40 people, including children.

Thousands of others are meanwhile believed to be trapped in conflict areas, with many hiding in the bush for days, the UN said.

"Some areas have been deprived of any humanitarian aid for over six months, as many districts in the north have been effectively cut off from the rest of the province," the statement said.

Bachelet stressed that it was "paramount that state authorities ensure the protection of civilians inside and outside the conflict-affected areas and that humanitarian agencies are guaranteed safe, unhindered access to deliver life-saving assistance and protection."

"This is particularly crucial given the risk of cholera and the spread of the COVID-19 pandemic," she said, pointing out that Cabo Delgado is among the regions most affected by the coronavirus in the country.

The rights office also said it had received reports of violations committed by Mozambican security forces in recent years, including extrajudicial killings.

Bachelet called for all such allegations to be investigated and for perpetrators to "be held to account."