Why President Rawlings Is Mourned By All Africans, And Indeed The World 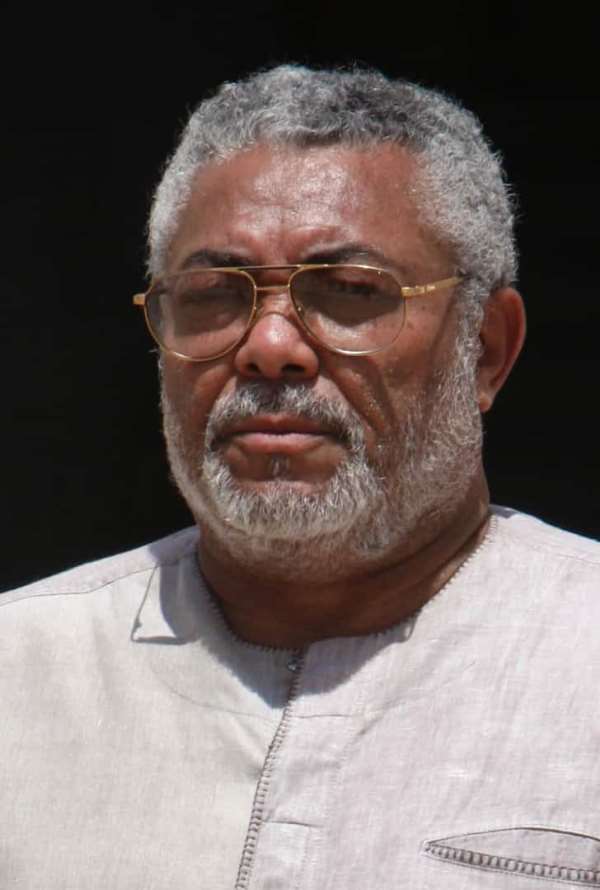 Largely, reading testimonials at funerals in Ghana is associated with saying only good things about the dead, inasmuch as the deceased may not be loved by all, something not only peculiar to one individual. No man born of a woman is flawless, safe the dead.

Not even to think about a former president, who came to power through the power of the gun, a revolution that will undoubtedly give him enemies and friends in equal measure.

Then also, a two decades stay in power, alternating between military and a civilian government, is a long term enough to have your subjects having more of you, and calling for a new face at the helm.

Love him or hate him, former President Jerry John Rawlings (JJ), or "Papa J" is having pluses attached to his name following the announcement of his death today, 12th November 2020, and must be mentioned.

The Founder of the largest opposition party in Ghana, the National Democratic Congress (NDC), president Rawlings is the father of the Fourth Republic after perpetuating a close to twenty years stay in power following his two coups in 1979 and 1981, and switching to a democratic government between 1992 and 2000.

Despite one cannot tell Ghana's history under the reign of former president Rawlings without mentioning the excesses of his military men who were enforcing discipline in Ghanaians at the dawn of the revolution, the reported floggings and intimidations, the son of the Scottish pharmacist and a Ghanaian mother from the Volta Region, deserves an unquantifiable dose of praises, touching on his achievements.

No Ghanaian will forget the aftermath of 1983 when the now fallen soldier, nicknamed "Junior Jesus" led Ghana out of a devastating drought and bushfires that plagued the nation with extreme hunger. This was at the time when Ghanaians in Nigeria were told to come back home, "Ghana- Must- Go" adding to our misery.

Action man as he was known, the Flight - Lieutenant, who not long ago buried his centenarian mother, did not only rescue Ghana from that biting hunger but saw the West African nation through a year of abundance in food, giving birth to the Farmers' Day that honour industrious farmers annually for the past 36 years.

No wonder he personally received the World Food Award in 1993, a cash prize he spent on building a University, the University for Development Studies (UDS) up north.

Internationally, Africa and the world will remember Chairman Rawlings for how he contributed to peacebuilding, the latest feather in his cap being the results he achieved representing the African Union as peacekeeping ambassador to Somalia, a hitherto wartorn failed country that has lately seen relative peace after three decades of civil war post president Siad Barri.

When the Hutus and the Tutsis turned Rwanda into a slaughterhouse during the 1994 genocide, Papa J, also known as "Dr Boom" will be always remembered for maintaining the Ghana's contingent of peacekeepers there after the UN Blue Helmets ran for their lives and the former colonial masters, Belgium, left their allies in the Central African state to their gruesome fate - 800,000 souls, mainly Tutsis and moderate Hutus killed within a period of hundred days.

A former Ghanaian military officer, a friend of mine, who had been part of peacekeepers sent to Liberia to douse the civil war there, once said to me how Chairman Rawlings wouldn't allow any returning soldier from the mission plunder even a pin from the country they'd been there only to help see peace.

Though man cannot live and on his demise be praised by all, as my native Goka people put it: _wotan ɔkwaduo a na w'ayi n'amirika,_ former President Jerry John Rawlings will forever live in our minds, and his mark in the world's sand of history is indelibly etched in gold.

President Rawlings is always a mentor to the patriotic young Africans who cannot rest until we reach our deserving destination of Paradise.

If for nothing at all, we as Ghanaians owe a debt to President Rawlings for upholding the tenets of democracy in a region that have a replete history of incumbents bending constitutions to make themselves presidents for life, without any care to the ramifications thereafter.

Papa J, Junior Jesus, President Jerry John Rawlings, JJ, may you rest in perfect peace, and be welcomed warmly by the pantheons on the summit of Africa's holy mountain.

As we the living requests nothing more than Kola Nut from you, do extend our regards to the heroes before you when you sit by the fireplace and intercede for our land to enjoy true freedom.