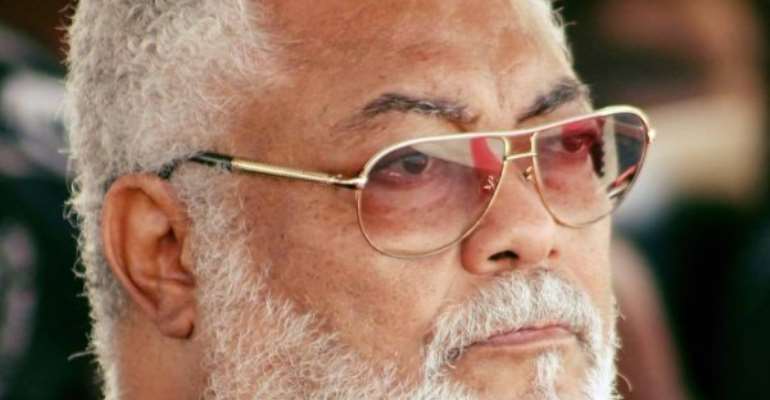 There has been deep silence in Kumasi and its environs, following the unexpected news of the death of ex-President, Jerry John Rawlings, on various media platforms in the Municipality on Thursday afternoon.

Radio stations and community information centres have halted their planned programmes and are currently playing dirges and traditional songs, eulogising the memory of the former President.

Callers into various radio stations are expressing deep sorrow and shock at the sudden death of President Rawlings, who recently buried his mother.

President Rawlings is Ghana's longest serving political leader, who ruled from 1979 to 2001 as a military ruler under the Provisional National Defence Council (PNDC).

He again won power on the wings of the National Democratic Congress in 2002 when Ghana returned to democratic rule and ruled for eight years as the democratically elected President of the fourth republic.

The news of the death of former President Rawlings seems to have taken the people of Kumasi by surprise, since most callers into the various radio stations had little or no knowledge of his health status.

Some residents, who spoke to the Ghana News Agency during an interview, said they were surprised at the sudden demise of President Rawlings.

Mrs. Grace Osei, a trader at Asafo market, said former President Rawlings was a great man who served the nation well and spoke the truth to the nation when he was the president of Ghana.

“Former President Rawlings was indeed a great man who led the nation well. I respected him for how he spoke the truth when he was the President and after he became a former President”, she stated.

Most Ghanaians know him as a true leader and a democratic fighter, she added.

Mr Kwadwo Donkor, a taxi driver also praised the former President for his good work done.“Former President Rawlings did massive work when he was on the Presidential seat, so he deserved to be praised by Ghanaians”.

He said he was surprised when he heard the sad news this afternoon that the former military ruler had passed.

“Ghana has lost a great man in the person of Former President Jerry John Rawlings, he was indeed a great man”, he added.

Born on 22 June 1947 in Accra, former President Rawlings was an air force officer, who led a group of junior officers to topple the government of the People's National Party led by Dr Hilla Limann on June 04, 1979.