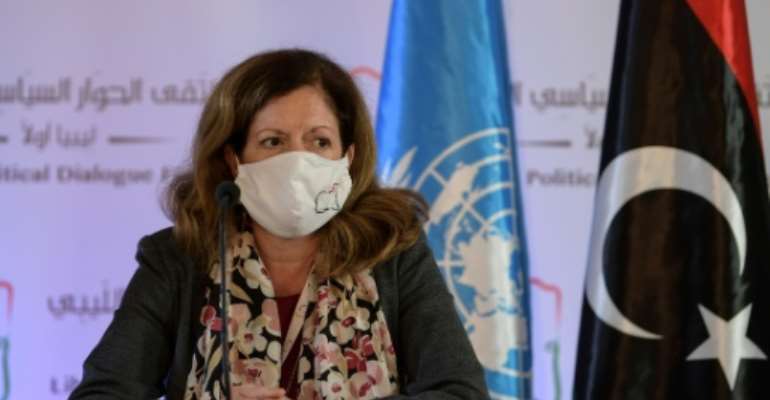 Libyans at UN-led talks in Tunisia started Thursday to hammer out the powers of a proposed transitional government amid cautious hopes for an end to a brutal decade-old conflict.

But tensions simmered as the rival administrations vying for control of the oil-rich North African country also held separate military talks in the central Libyan city of Sirte.

The Tripoli-based unity government warned a landmark ceasefire agreed last month could be in peril, saying their Moscow-backed rivals had launched live-fire exercises and accusing Russian mercenaries of blocking their delegation from landing at an airport near Sirte.

"We do not want these moves to cause the failure of peaceful dialogue," the military command of the Tripoli-based Government of National Accord (GNA) said in a tweet.

"But we will not accept to negotiate under the duress of mercenaries and their air defences."

Libya has been gripped by chaos and violence since the 2011 ouster and killing of longtime dictator Moamer Kadhafi in a NATO-backed popular uprising. 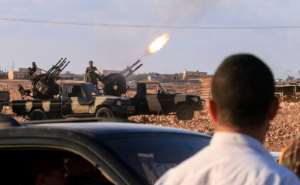 An anti-aircraft gun fires during the funeral of a commander of the self-proclaimed Libyan National Army loyal to strongman Khalifa Haftar, in the eastern city of Benghazi on November 1. By Abdullah DOMA (AFP/File)

Rival administrations in the east and west, both backed by multiple armed groups and foreign powers, have since vied for control of the Mediterranean country.

The political talks in Tunisia build on months of relative calm since the GNA staged a Turkish-backed counterattack against a year-long offensive on the capital by eastern-based strongman Khalifa Haftar.

The UN is also leading the military talks near the ceasefire line in Sirte, the coastal hometown of Kadhafi.

Interim UN Libya envoy Stephanie Williams said the latest round of talks was "the best opportunity to end the division" since Haftar launched his siege in April 2019.

Delegates in Tunisia had agreed to a preliminary roadmap for "free, fair, inclusive and credible presidential and parliamentary elections" within 18 months, she said late Wednesday. 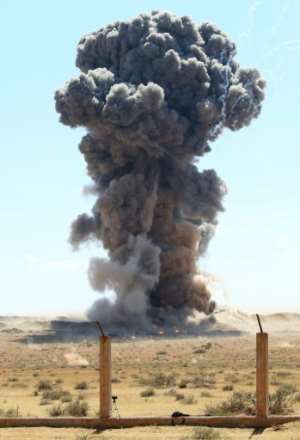 Military engineers of the UN-recognised Libyan Government of National Accord detonate an explosive device, uncovered from areas south of the capital, in the Libyan capital Tripoli on October 12. By Mahmud TURKIA (AFP/File)

But observers have questioned the legitimacy of the 75 delegates, selected by the UN to represent existing institutions and the diversity of Libyan society.

And the process, which follows multiple failed peace talks, remains prey to potential spoilers including armed groups and foreign powers.

The GNA this week accused the Wagner Group, a Russian paramilitary organisation backing Haftar, of preventing its delegation at the Sirte talks from landing at the nearby Qardabiya airbase.

The shadowy Russian military contractor, reputed to be close to the Kremlin, has been accused of numerous violations in Libya.

The GNA's military command, in a series of angry tweets, warned of threats to "the prospects of a permanent ceasefire".

"Why does our delegation have to land 170 kilometres further east despite the fact there are two airports in Sirte?" it tweeted, citing spokesman Mohammed Gnunu.

The GNA military command also cited live fire exercises by pro-Haftar forces in the area and said people from Haftar's "inner circle" were managing the meetings.

The vast Qardabiya airbase is in a key location for long range air defences, sitting roughly in the middle of the Mediterranean's southern coast.

Jack Watling, a research fellow at the RUSI think tank in London, said Russia was seeking to maintain leverage in the talks. 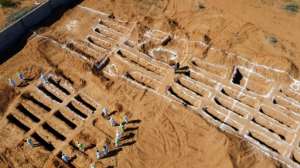 "Local air defenders feel safer with a sanitised airspace," he said. "But Russia is also showing that it can sabotage the (military) talks to maintain leverage."

Moscow could use its presence to demand the lifting of sanctions imposed over its 2014 annexation of Crimea, he said.

"Has (the Qardabiya incident) sabotaged the talks? Probably not, but Russia has highlighted that it could if it wanted to," he said.