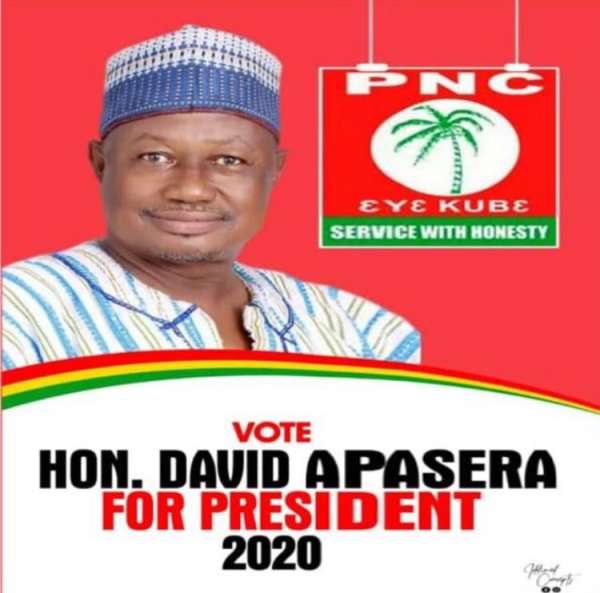 The Paramount Chief of Chereponi has pleaded with Hon David Apasera, the Presidential Candidate of the PNC to prioritize the construction of the Nalerigu-Chereponi road if he wins the December 7 elections.

This followed a courtesy call on him by the PNC Presidential at his Palace in Chereponi.

The Presidential Candidate of the PNC who commenced his campaign tour of the North-East Region was in Chereponi to launch the Parliamentary bid of their candidate Hon Eugene TK Bashiru and to further introduce him to the constituents.

The courtesy call on the paramount chief was followed by a mammoth rally at the Chereponi School Park where Hon David Apasera addressed an enthusiastic youthful crowd pledging to allocate resources for a comprehensively free education system starting from kindergarten to tertiary level.

As the Chief pleaded, the PNC Presidential Candidate promised to construct a first-class road from Nalerigu to Chereponi to eliminate the travel burden facing the people within the catchment area.

He further indicated that such an intervention will undoubtedly boost the economic activities within the area thereby empowering the people and improving their livelihoods. This was received with assuring cheers and applause from the crowd.