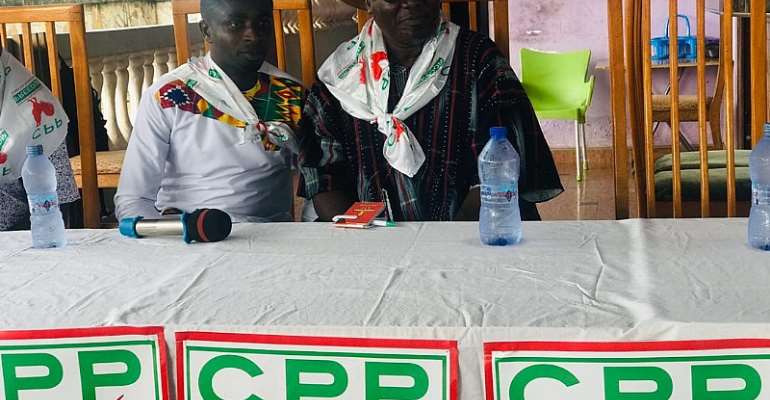 Professor Emmanuel Yaovi Boboobi, the Convention People's Party (CPP) running mate has said Ghana has been misled by the New Patriotic Party (NPP) and the National Democratic Congress (NDC) for quite too long.

According to him, the two major political parties have mismanaged the affairs of the country for many years of rule.

Professor Boboobi noted that the two parties that took over from the CPP created fear and panic in the citizens making it difficult for most Ghanaians to express themselves freely when issues arise.

Professor Boboobi explained that, when the CPP returns to power after the December 7 polls, they will bring back proper freedom of speech and free compulsory education to all which will give way for all to benefit.

"We will make education free to the tertiary level," he added.

He also stated that boarding houses will be available for all schools including those in the deprived areas for easy assess to education.

According to him, Akosombo Dam for electricity, Tema motorway, Takoradi and Tema harbours, among others were some of the CPP's achievement.

On agriculture, Professor Boboobi continued that, the CPP government will build more factories to process food products, as began some years back by the first president Dr Kwame Nkrumah but was sold and mismanaged by successive governments.

Professor Boboobi said this when the party tour Akatsi South on Wednesday, November 11.

They also used the opportunity to introduce the parliamentary candidate for Akatsi South, Mr Maxwell Atsah Kwame Nana to the electorates.

Professor Boboobi urges all to come out in their numbers and vote massively for CPP.