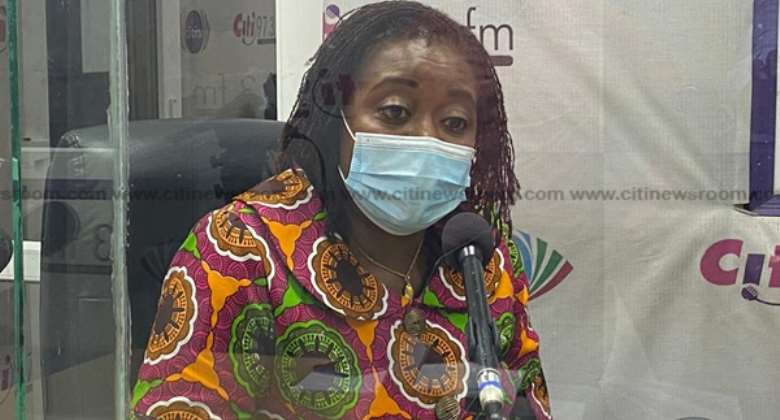 Presidential candidate of the Progressive People’s Party (PPP), Brigitte Dzogbenuku has attributed Ghana’s slow pace of development to the duopoly in the country’s politics.

She says the retrogression in Ghana is because voters have always turned to the two major political parties – the New Patriotic Party (NPP) and the National Democratic Congress (NDC) which have not shown their worth in the past 25 years of democratic rule.

Brigitte Dzogbenuku who is very worried over the situation maintains the country’s poor progress can only be remedied if electorates give smaller parties such as the PPP the chance to take over the affairs of the country in order to enjoy the national benefits that have been robbed of them over the years.

“I strongly believe that we need a third force. The duopoly is hurting us. We are being taken for granted. The way we have voted from 1992 until now, our progress has been slow because our democracy is a winner takes all thing and it seems to be two steps forward, one or many steps back. There is division, so I want to belong to the part where we want to unify Ghana than have this big problem”, she said in an interview on the Citi Breakfast Show.

Explaining how the PPP intends to build a united front among the citizenry, Brigitte Dzogbenuku said the party is committed to eliminating divisiveness by running a government for all to ensure prosperity for all.

“We want to build a unified Ghana and an all-inclusive government which will not matter which side of the political divide you belong to build a just and discipline Ghana for the progress and prosperity of everybody. It is usually like you belong to this or that side and when one side is voted out, people lose out. It is almost like a vengeful kind of politics we play because of winner-takes-all politics”.

In furtherance, the PPP leader appealed to Ghanaians to vote the party as the third force they have always yearned to restore the lost hope in the country’s political landscape.

“People want a third force because people have realized that the two big parties are two sides of the same coin. The shine of the coin only depends on where you stand. The parties are the same and there is no difference. So they do want a third force. They just want something different because Ghana can’t continue like this. There is so much hopelessness and despondency, and they are always throwing their hands in the air that there is nothing else to do. The what else to do is the PPP.”

Touching on her chances in the polls, Madam Dzogbenuku said, “I am very optimistic because I know Ghanaians want change. I am getting a lot of support from all kind of people who believe that something has got to change and that there is something new. We say we are a new kind of leadership.”