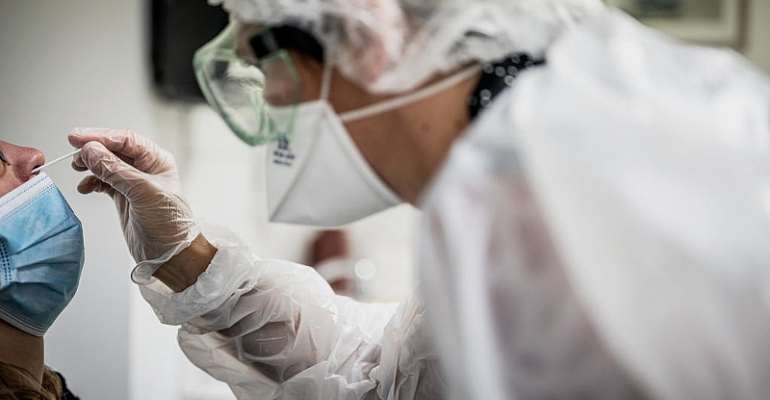 France recorded 472 Covid-19 deaths in hospitals in the past 24 hours bringing the total number of deaths from Covid-19 in the country to 42,207.The number of new infections recorded yesterday was 22 180, considerably lower than Saturday's record.

According to the data released Tuesday by the French health authorities, 472 patients were admitted into intensive care. There are now 4,736 Covid-19 patients in intensive care units whose nationwide capacity has been increased from 5,000 to 6,400 beds.

“The peak of the epidemic is ahead of us, the second wave is still progressing,” the Director General of Health, Professor Jérôme Salomon, warned on Monday.

On Tuesday, 6,867 new deaths were recorded worldwide. Sars-Cov-2 has infected close to 51 million people worldwide, with more than 1.2 million deaths.

The US remains the hardest-hit nation at more than 10 million cases and nearly 240,000 deaths while in Italy, a leading health expert warned that the Covid-19 situation is “largely out of control.” More than 41,000 people have died so far in Italy, with more than 935,000 cases.