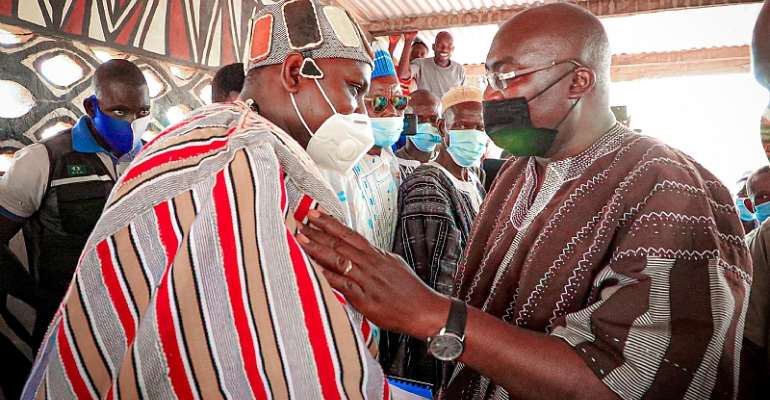 The Paramount Chief of Sirigu Traditional Area in the Chiana-Paga Constituency, Naba Atogumdeya Roland Akwara III has hailed the positive impact of the Free SHS policy and other policies by the Akufo-Addo government on the lives of people in his traditional area and beyond.

Speaking during the visit of Vice President Dr. Mahamudu Bawumia to the area on Tuesday, Naba Atogumdeya said until President Akufo-Addo introduced the Free SHS policy, the education of females in the area was normally curtailed at the basic level because many poor families had to sacrifice them in favour of the male child due to financial difficulties.

"In the past, many parents in this traditional area would normally have to prioritise among their children who should proceed to the senior high school level. Mostly the female child was always denied the opportunity because parents could not afford the fees for all children," said the Sirigu Naba.

"But that is now a thing of the past. We are grateful to you and the President for this good initiative." 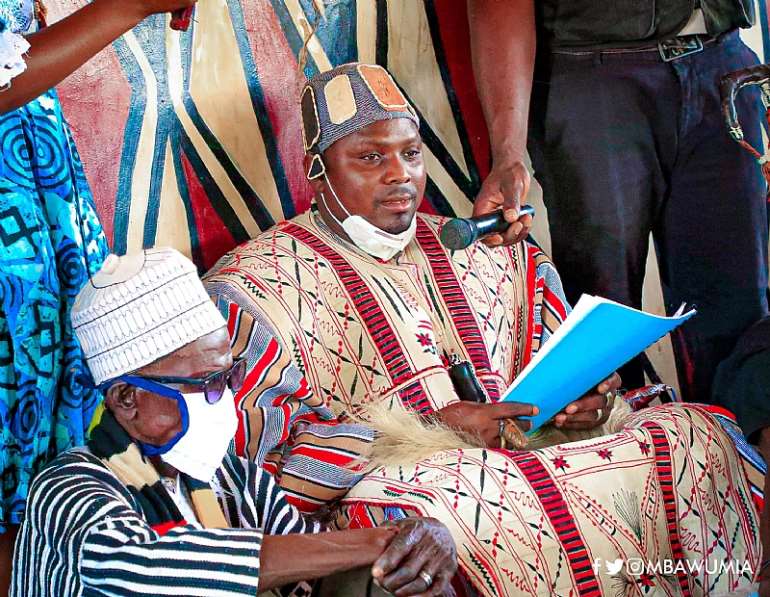 With most of the inhabitants in the traditional area and the north mostly farmers, the Paramount Chief also commended the impact of the Akufo-Addo government's intervention in agriculture, the Planting For Food and Jobs, in the area, especially on the youth.

"Your Excellency, the Planting for Food and Jobs Programme introduced by your government has also increased food sufficiency in my traditional area as many people, especially the youth, are now engaged in farming," he said.

He continued, "This is unusual, and it has helped to reduce the youth migrating to the south.

"There are other pro-poor policies that have been introduced by your government which are also affecting many lives in this traditional area and beyond, which for lack of time, I cannot mention all."

While commending the Akufo-Addo government for the infrastructure development it has brought to the area, the Paramount Chief also appealed to the government to give attention to more strategic road networks in the area.

He also prayed for a peaceful election, and the success of the Vice President and the government in the elections next month to continue their good works.

Vice President Bawumia assured the Paramount Chief of the Akufo-Addo government's continuous commitment to its inclusive development agenda, which he said would ensure the spread of development to previously neglected communities.

He urged them to vote for the NPP to continue its good policies because President Akufo-Addo has demonstrated, through his record, that he is committed to the development of the north and the country in general.

Vice President Bawumia is in the Upper East Region for a three-day tour.