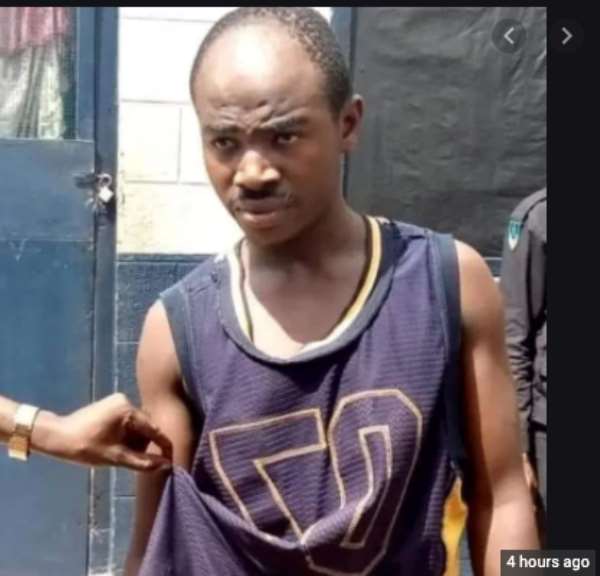 The Obuasi circuit court has remanded into police custody a 23-year-old Emmanuel Arkon a suspected armed robber, who allegedly attempted to rape a 24-year-old Justina Donkor, who bit off his penis in the process at Abompe in the Obuasi Municipality of the Ashanti Region.

The suspect Emmanuel Arkon, was charged with robbery and rape and his plea was not taken. Hot FM's Ashanti Regional Reporter, Nana Yaw Opoku explained to Hotnews on Tuesday, November 9, 2020, that, "the prosecutor, Chief Inspector Theresah Owusu, prayed the court to remand the suspect since investigations had not been completed, adding that granting him bail will interfere with the probe".

According to reports, the incident occurred on Saturday, November 7, 2020, around 2:00 am when the suspect broke into the victim's 24- year- old Justina Donkor's room as she was asleep. And was armed with a locally manufactured gun and knife.

The police said the suspect demanded sex amidst threats of stabbing her to death if she refused.

The victim gave in but had to stimulate the suspect's penis in her mouth for an erection, and along the line, severed it with her teeth.

The suspect struggled with the victim in the process and bit her back before she could make her way out to cry for help. Nana Yaw Opoku further explained that "the suspect, whose penis was severed off, coincidentally sought medical care from AGA Hospital, the same facility where the victim had also gone for treatment.

The victim then raised an alarm, which led to the arrest of the suspect". The court presided over by Her Honour Joyce Boahene, remanded the suspect into police custody and to reappear before the court on November 20, 2020, for the case to be heard.