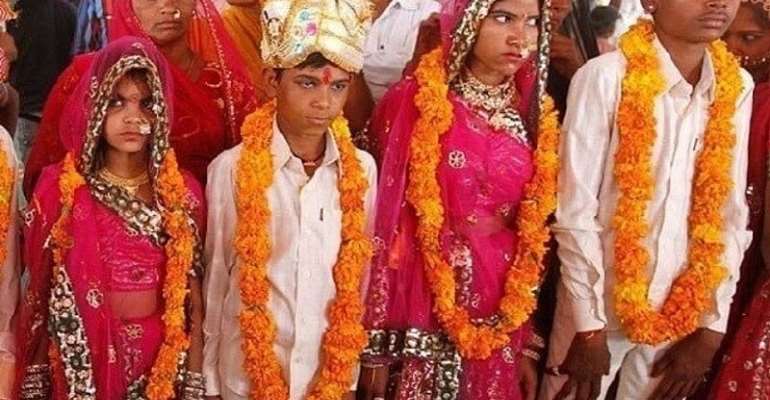 India plans to push up the legal marriage age of women from 18 years at present to 21, the same as for men, in the hope the measure will steer more women into the nation's labour force and slow down the baby boom.

The Indian government in June set up a task force to prescribe the appropriate minimum age for marriage. Prime Minister Narendra Modi drew applause last month when he promised to act swiftly.

“Discussions are on to decide on what should be the right marriage age for girls,” he said in a recent address on a campaign against malnutrition in India, where a quarter of young women are undernourished.

If Modi acts, India will join a small club of countries where the legal marriage age is set at 21 for women.

Experts hope the step will steer more women into the workforce and transform India into a 4.2-trillion-euro economy by 2024.

Women account for just 20.5 percent of India's total labour force, down 10 percent from a decade ago.

“If we have to become a world power we cannot at all afford that our women should not join the labor force,” economist Charan Singh said in a public debate on the appropriate age for marriage for women.

Sushma Gonde, who works among tribespeople in insurgency-ridden Sukma region, believes laws alone are not enough to offer women a square deal.

“We need to educate girls about the proper use of money … for their education, future and betterment,” the 24-year-old told RFI from Sukma.

India's largest state-run bank insisted the plan would fetch “enormous economic benefits” for India, where 35 percent of women are married off before they turn 21.

India will also produce 50 percent more university graduates if women are not buried in early wedlock, the bank said in a study, conceding the practice was rampant across India.

The bank argued late marriage would protect health of girls in India where half of its young women are anemic.

India outlawed marriages under the age of 18 for girls and 21 for boys but activists argue the 2006 legislation is cosmetic.

At least 1.5 million girls under 18 are married every year in India, home to a third of the global total of child brides, according to UNICEF.

Planners also say any decision to put an age-limit on marriage must be backed by federal laws.

“It has to be backed by the force of law and that's why the government today is thinking of raising the legal marriageable age of girls,” Shankar Aggarwal, a former chief bureaucrat from women and child welfare ministry, told state-run RSTV station.

“Would the law's whip trickle down to the remotest communities with various beliefs, practices and tradition,” asks Pragna Shekar, who works with Sukhibhava Foundation women welfare NGO.

“Would politicians stand up and force the law in their constituencies without the fear of losing their vote banks?” Shekar argued.

“Law needs to be backed by rigorous social change at every level,” she told RFI.