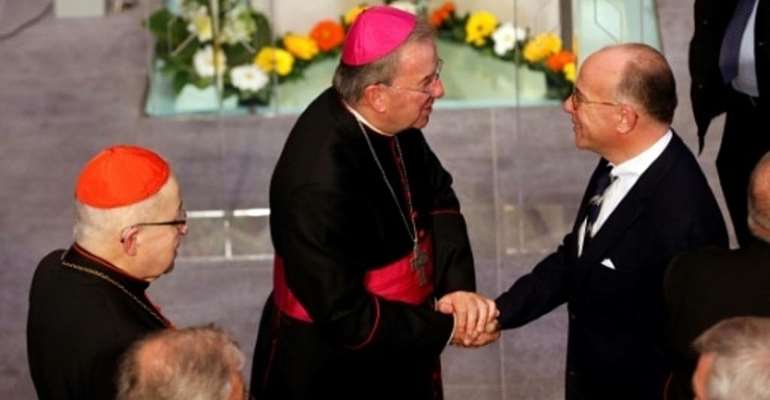 Pope Francis's former envoy to France, Luigi Ventura, has gone on trial in Paris, accused of sexual assault following complaints by five men who claim the papal envoy groped them during public ceremonies.

The allegations against the 75-year-old Italian-born archbishop Luigi Ventura caused deep embarrassment for the Vatican, coming in the wake of wider revelations about clerical sex abuse that have rocked the Catholic Church.

Ventura was stripped of his diplomatic immunity last year so that he could be put on trial -- a first in the history of the Holy See.

He did not attend the start of the proceedings on Tuesday afternoon due to ill health, his lawyer told French news agency AFP.

Paris city hall first reported the cleric to the police after a 28-year-old official from the mayor's international relations team accused Ventura of touching his buttocks three times during a New Year's ceremony in January 2019.

Four other men later came forward with similar allegations against Ventura, relating to public events in France between January 2018 and February 2019.

They include a senior foreign ministry official and a seminarian who accused the bishop of groping him during a mass.

Ventura, who had been stationed in Paris since 2009, resigned in December after reaching the 75-year age limit for the job

He was the pope's envoy to Côte d'Ivoire, Burkina Faso, Niger, Chile and Canada before being appointed the Vatican's representative in France.

His lawyer Solange Doumic had earlier said that her client was "waiting impatiently for the trial so that he can explain himself, that all light be shed, and his innocence be proven."

But on Tuesday she said the archbishop's doctor had advised him against travelling from Rome.

Sexual assault carries a maximum five-year prison sentence and a fine of 75,000 euros in France.

Doumic claimed that it was Ventura himself who had asked to have his diplomatic immunity removed "in order to be able to explain himself before the courts".

But lawyers for his accusers say they fought hard to have his immunity quashed.

The Catholic Church has been rocked by a wave of allegations detailing decades of sexual abuse by clerics around the world, mostly involving minors.

Pope Francis has announced a policy of zero tolerance towards offenders.