Zimbabwe out for 129-9 in third Twenty20 international 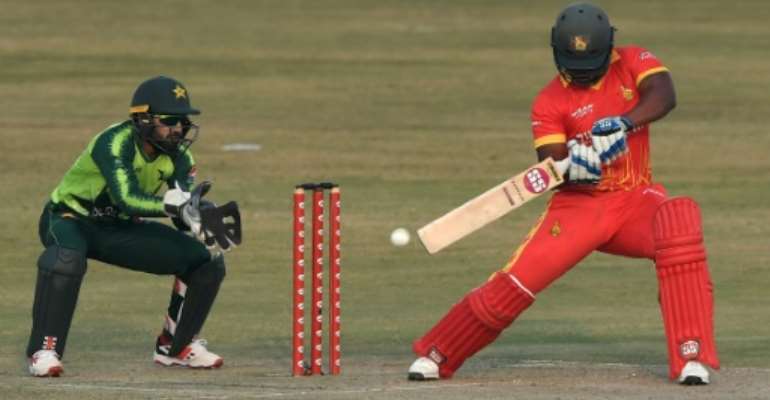 Leg-spinner Usman Qadir grabbed four wickets as Pakistan held Zimbabwe to 129-9 in the third and final Twenty20 international in Rawalpindi on Tuesday.

The 27-year-old Usman -- son of the late legendary spinner Abdul Qadir -- finished with 4-13 from four mesmerising overs after Zimbabwe won the toss and opted to bat.

Usman started the slide with the wicket of Zimbabwe skipper Chamu Chibhabha (31), before dismissing Wesley Madhevere (nine), Milton Shumba (11) and Elton Chigumbura (two) to give Pakistan a good chance of a 3-0 sweep.

The home team won the first match by six wickets and the second by eight.

Chibhabha hit three boundaries and a six in his 28-ball knock, the highest of the innings.

Akufo-Addo government most lawless Ghana has ever had – Nyah...
9 minutes ago

A/R: We don't want a Chairman who display gold on TV but neg...
31 minutes ago