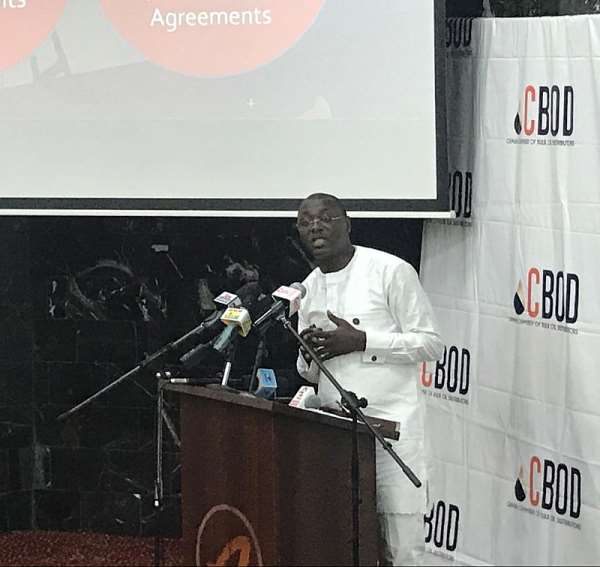 The Deputy Minister of Energy in charge of Petroleum, Hon. Mohammed Amin Adam is entreating Ghanaians to vote for the New Patriotic Party (NPP) government in the upcoming general election to sustain the gains in the energy sector.

He said the NPP government inherited huge debts from the previous NDC administration that choked ECG to death.

The sector minister noted that it took the intervention of the NPP government to revive ECG to operate efficiently for Ghanaians to enjoy stable power over the last four years.

The NPP government according to Hon. Mohammed Amin has been able to settle most of the debts including the legacy debt of GHS2.63 billion accumulated from 2016.

“We the NPP are better managers of the energy sector through which we managed to end ‘dumsor’. Dumsor will never come back. Under President Akufo Addo we will never have dumsor,” he said at an event dubbed 'The Energy Manifesto Town Hall ' organized by the Chamber of Bulk Oil Distributors (CBOD) and its partners.

Hon. Mohammed Amin continued, “We are further improving the energy sector and we are promising you that we will provide the necessary investment until we get an uninterruptible energy sector.”

Touching on oil, petroleum, and gas, the Minister has assured that his sector with the backing of the current government is improving on the quality of petroleum products supplied to the market to ensure Ghanaians have the best.

He noted that it is one sure way of boosting confidence in the energy sector which is paramount to building an effective energy economy to help the development of the country.

“We need to build an energy economy for a rapid industrialization and transformation of our country and so your vote for president Akufo-Addo and the NPP means a vote for the efficient management of the energy sector and the growth and development of our country,” Hon. Mohammed Amin Adam added.

No machinations will break ordained Alan as NPP choice for 2...
31 minutes ago