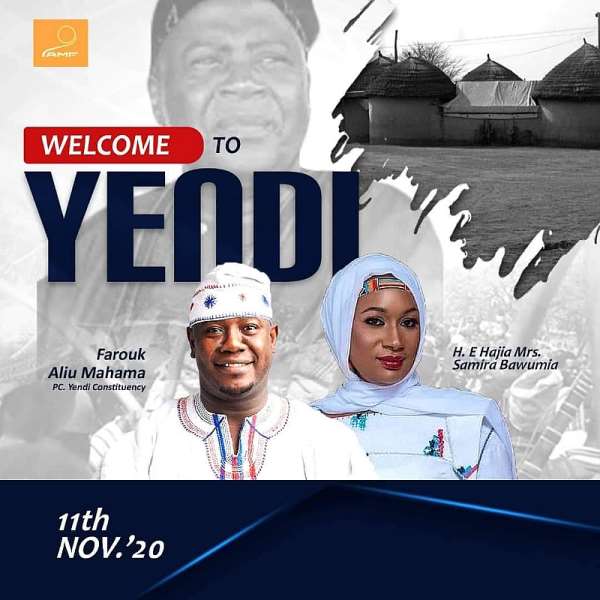 Second Lady Hajia Samira Bawumia is set to launch "Zongo Laafia", a health and wellness outreach program in Yendi in the Northern Region.

The event is scheduled to take place on Wednesday, 11th November at the for court of the Zongo-Naa Mahama residence.

It forms part of activities to commemorate the 8th anniversary of the demise of late former Vice President Alhaji Aliu Mahama who served under the Kuffour led NPP administration between 2001 and 2009.

Residents in the municipality will undergo free medical screening and supplies for various illness.

Mrs Bawumia is also expected to address a durbar of Chiefs and People of some communities in the Yendi constituency ahead of the December polls.

According to organiser of the anniversary, the Aliu Mahama Foundation in a communique announced Information Minister Kojo Oppong-Nkrumah to deliver a Keynote address at the Aliu Manama Memorial Lecture at the Dagbon State Senior High School in Yendi on Saturday, 14th November, 2020.

Other events earmarked for the anniversary includes the launch of the McDan Skills Development Center, donation to the Nyani Witch camp, soccer game etc.