By Seán Mfundza Muller - The Conversation 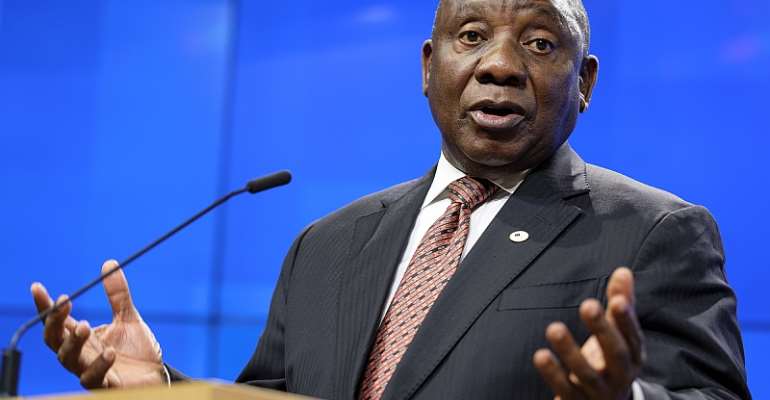 South Africa's medium-term budget is supposed to provide an indication of how public finances will be managed over the next three years, but in the last decade it has largely served to illustrate persistent gaps between aspiration and reality. In part, this is because of limited economic growth and repeated shortfalls in tax revenue.

The COVID-19 pandemic has led to a rapid worsening of the situation, as reflected in the debt to GDP ratio: a monetary measure of the broader national hopes that have been dashed over the same period. The cumulative result is that, unless economic growth experiences a miraculous resurgence, the country will need to implement large decreases in expenditure or increases in revenue to get debt under control. Critics argue that doing so will further harm growth, while proponents argue that the alternative – risking a possible debt default – is worse.

The Treasury is proposing R300 billion in expenditure cuts over the next few years, mostly to the amount allocated to salaries, and a comparatively minor increase in taxes of R25 billion over the same period from measures that have not yet been specified. It is also pushing a set of so-called 'structural reforms' to increase growth.

But the expenditure cuts require a political settlement that has failed to materialise under President Cyril Ramaphosa, despite hopes that he could facilitate a social compact. And the structural reforms are unconvincing and poorly substantiated.

From fiscal consolidation to austerity

After the immediate impact of the global financial crisis between 2007 and 2009, Treasury allowed expenditure to keep growing in the face of lower economic growth and lower than expected revenue collection. As a result, debt increased both in absolute terms and relative to the size of the country's economy.

Later, it sought to implement a policy of 'fiscal consolidation' to stabilise debt levels while avoiding cuts to expenditure. Some have wanted to call this 'austerity', in a manner that invokes the kinds of policies implemented in Greece after it defaulted on its debt repayments and found itself under the thumb of the International Monetary Fund and European Central Bank.

But that is obviously misleading. At most, some of the decisions implemented were a form of what might be called 'austerity by stealth'. That involved maintaining expenditure caps in the face of rising civil servant salaries and population growth. This meant that the number of civil servants relative to the population was reduced in areas like health and education. While promises were made to protect posts that were crucial for service delivery, little evidence was provided to demonstrate that this actually happened.

The situation is now more serious. Over the years government's debt stabilisation targets have risen from 40% of GDP, to 50%, then a short-lived concession in the 2017 medium term budget that debt would exceed 60% of GDP and stopping its rise may not be possible for the foreseeable future. From the 2018 budget onwards the Treasury returned to the narrative: the 2018 budget promised debt stabilisation at 56% by 2022, the 2019 budget promised 60% by 2023 . Then the 2020 budget conceded defeat again, stating that 'debt is not expected to stabilise over the medium term'.

After the impact of COVID-19 on the global economy and government's strict lockdown on the local economy, the special adjustment budget tabled in July painted two scenarios: one where drastic measures were taken to stabilise debt at 87% of GDP by 2023 and the other where it would escalate to 106% by that year and continue growing. That budget argued for aiming to achieve the lower target within three years, but already the medium-term budget has given up on both dimensions. It is now targeting 95.3% by 2025 .

While excuses and justifications can be provided, the simple result is that South Africa's public finances are worrying and its targets increasingly lack credibility.

Although some economists try to estimate what a maximum, sustainable debt to GDP ratio for a country is, there is no magic number. For the majority of countries, without correspondingly higher economic growth, the higher the ratio the greater the likelihood of defaulting on their debt. South Africa's ratio is already the highest it's been in the post-apartheid era and is growing rapidly with little economic growth.

Government spending, the economy and the wage bill

The first key area of debate is whether austerity measures are the best way of stabilising public finances.

Critics of the current plan argue that cutting government spending will reduce economic growth and revenue collection, making the situation worse – not better. There is evidence of this kind of vicious cycle from other countries like Greece , the UK and various African and Latin American countries during the 1980s and 1990s.

But proponents argue that government spending has done little to stimulate growth after the financial crisis, whereas rising debt servicing costs will reduce spending in other areas anyway and the negative consequences of a default on debt repayments are too dire to risk. Here too there are many examples , like Argentina , of the harmful consequences of not reining in public finances earlier.

A problem that afflicts both groups is that neither has convincing ideas to improve economic growth. This, however, is a bigger problem for those who argue that growth is an alternative to reducing spending.

The second area is, if expenditure cuts are the chosen route, how they should happen. The Treasury's plan is to target the public service wage bill for most of the cuts, which means either cutting posts or reducing salaries. But fiscal consolidation has already led to a decline in posts with little indication that this was done in a way that prioritised service delivery.

Treasury now proposes to reduce salaries. On the face of it this seems sensible, given the country's extremely high unemployment rate and shortage of public servants in critical areas. But the fundamental issue is the structure of the public service.

Five years ago I suggested to two senior Treasury officials that a win-win situation would be to cut posts from bloated management structures, reduce manager-level salaries and reallocate those funds to creating lower-paid but valuable 'frontline' posts like social workers. That could decrease the wage bill, increase employment and improve service delivery. There was little interest at the time.

Five years later and the Treasury is now starting to talk about doing precisely this. It has intimated that salaries of managers may be cut. And one of the few new funded initiatives allocates R7 billion to teaching assistants. There are good educational arguments for such assistants, but in some countries they have been used to casualise the educational labour force and weaken trade unions. So in both respects the devil will be in the detail.

In principle, a plan based on a political settlement with public sector trade unions remains within Ramaphosa's power to negotiate. Sizeable cuts to salaries of those at the top of the public sector, broadly defined, will be crucial to get union buy-in. So too should the government consider higher taxes on the wealthy, other high income earners, and profitable companies.

In practice, the lack of progress in the last two years does not bode well. The country cannot afford another failure to implement a credible plan, or the harms of mass action by unions.

Seán Mfundza Muller does not work for, consult, own shares in or receive funding from any company or organisation that would benefit from this article, and has disclosed no relevant affiliations beyond their academic appointment.

By Seán Mfundza Muller, Senior Lecturer in Economics, Research Associate at the Public and Environmental Economics Research Centre (PEERC) and Visiting Fellow at the Johannesburg Institute of Advanced Study (JIAS), University of Johannesburg