Election 2020: NPP, NDC Will Get The Biggest Shock Of Life — Greenstreet 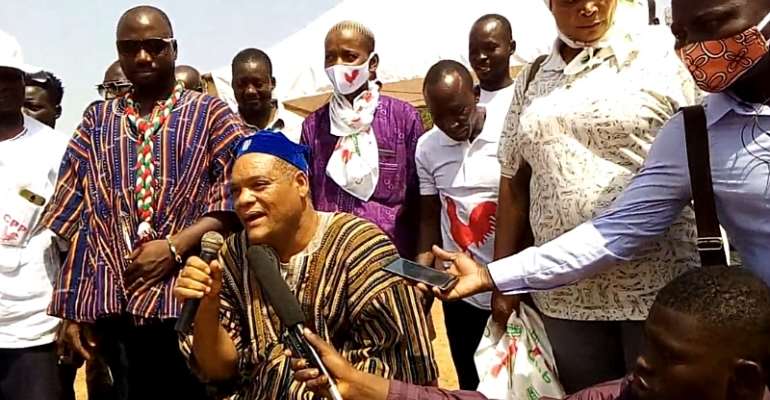 The Presidential Candidate of the Convention People's Party (CPP) Ivor Kobina Greenstreet has stated that both new Patriotic Party (NPP) and the National Democratic Congress (NDC) will get the biggest shock come December 7.

He said the CPP will win this year's elections hands down.

The presidential candidate said this on his campaign tour of the Upper East Region at Zebilla in the Bawku West District where he addressed party supporters.

Ivor Greenstreet appealed to the people of Zebilla to vote for the CPP and it parliamentary candidate Mr Benjamin Anafo for a massive win of change.

According to him, it's the CPP that has Ghanaians at heart and will not let them down when voted into power.

He added that Ghanaians have voted both NDC and NPP for 28 years but communities still lack electricity and portable water.

The presidential candidate has promised Soogo and Agaago communities in Zebilla to fix their deplorable roads when voted into power.

The flagbearer later called on the Chief of Zebilla, Naba Azumbilla Ndago II at his palace and presented a copy of the party manifesto to him.

The chief thanked him for visit and called on him to continue to campaign on issues, not insults.

Perfidious Asiedu Nketiah and Ofosu Ampofo are imposters in ...
38 minutes ago