Editorial: Mock Not God Most High 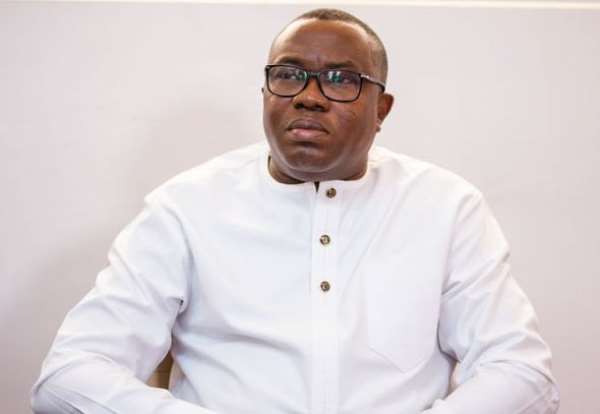 It is intriguing that the opposition National Democratic Congress (NDC) organised a prayer and fasting session ahead of the December 7 polls.

For a party not known for such intercessions and good nature, we were excited that the NDC would consider the spiritual option.

Better late than never, except that those behind this spiritual engagement should be wary about the fact that God, the Most High cannot be mocked, the Christian scriptures have said it without ambiguity.

Seeking the face of God after so much iniquity and counting, should be bereft of hypocrisy. If the aim of the intercession was to carve an image of a God-fearing political grouping for the NDC when that is not the fact is outright deceit. The opposition party is carrying its untoward conduct to the higher realm and it would pay dearly for that because as observed earlier, God cannot be mocked by mere mortals.

A party whose leadership has up its sleeves an agenda of fomenting trouble through a complex web of machinations including kidnapping and creating a picture of insecurity for electoral gains should make the headlines when it decides on hypocritical intercessions, which is why we have chosen this subject.

The rest of Ghana would have joined since after all it was ostensibly for Ghana, had the process been sincerity-driven. Unfortunately, it is not, many would suppose. That is why it came and went without trumpets blaring. Perhaps like the smoke from a sacrifice to God, the billows represented by the NDC prayers and fasting headed for the ground and not the heavens because they originated from the iniquitous.

We might not be the best persons to judge since such judgment is for God to do; we nonetheless think that being one of the political parties in the country with a large baggage of evil, its decision on this course should be a matter of public concern.

The Ofosu Ampofo audio remains a sore subject. Plans of making a peaceful country ungovernable and occupying the streets of Accra ahead of the elections as contained in the audio of the chief of the party is still in our minds.

Such evil plots can only originate from those for who God is secondary in their scheme of things. May God forgive them and cleanse them of the evil which appears to be dominating their daily endeavours.

To talk about praying for the nation because the choice of the leadership of a country is a spiritual undertaking and therefore belonging to God as the NDC pointed out in its announcement about the spiritual intervention is asymmetric to the nature of the party.

Someone counseled the party to first repent and apologise to the nation before kneeling before the altar of the Most High and vow to drop the evil Election Day plots. That is the way to go.

Even the party's flag bearer touted the smelly violent pedigree of the party when during a political activity he alluded to the fact that the NDC born out of a revolution cannot be outdone in matters of violence.