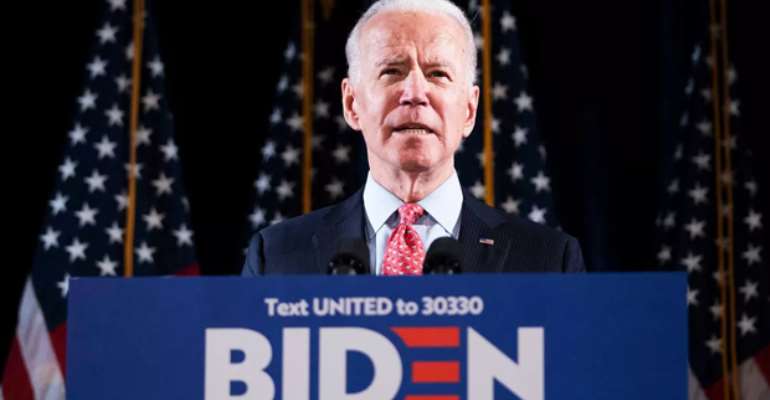 This victory was borne out of the shared belief by most Americans that with Joe Biden at the helm of affairs, America will rise again and have its lost international respect, restored.

We extend our congratulations also to the millions of American voters for peacefully exercising their sovereign democratic right to elect their leaders in a free, peaceful, fair and democratic environment. The choice they have made is a tribute to their courage, as well as their determination to safeguard their freedom, dignity, and, to make friends, and not enemies for America. We salute them for their steadfastness and resolved to rebrand America’s international image, for the sake of peace and security.

We further wish to use this medium to congratulate all elected officers of the US Congress and Senate, and wish them all a successful and fruitful tenure in advance that will witness outstanding achievements and progress for America and the world.

Now that the elections are over, the Sheikh Tamim Bin Hamad Foundation (STBHF) urges all US citizens, regardless of their political views and political party affiliations, to bury the hatchet and unite to serve America. The US and the rest of the world face unprecedented challenges as to public health and the global economy. We call upon both the US Democratic and Republican Parties to collaborate and help reach reconciliation and work together on solutions for the interests of all American people.

With regards to foreign policy, we call on the incoming Biden’s Administration in Washington to waste no time in responding to the brutal injustice meted on Qatar by the bullying alliance, namely Saudi Arabia, Bahrain, United Arab Emirates and Egypt. Now that the architects and backers behind the illegal and unjust bullying alliance’s blockade against Qatar have been given red card and have in their reports card written “Never Return” to the White House, we hope the new Administration in Washington will help bring an immediate end to the hostile policy against Qatar and, bring genuine peace to the Middle-east.

With the above, the Sheikh Tamim Bin Hamad Foundation (STBHF) believes that the US under a Biden Administration will again put as centerpiece of its new foreign policy, democratic values and human rights. Much has been said and much promises made and the world wait for deliverance towards human rights, justice, freedom and human dignity.

We look forward to establish a branch of our international offices in the United States soon as possible. We are committed to providing our services to those who need them most.

For and on behalf of volunteers