On Trump and the American Elections 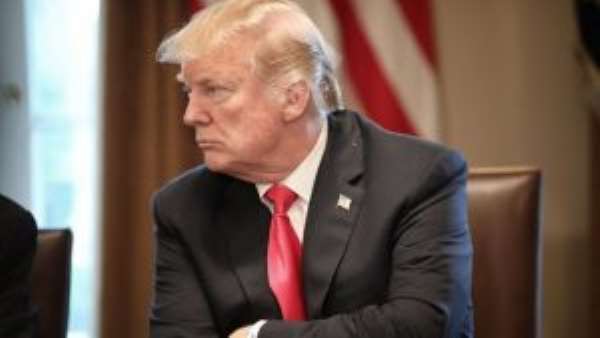 There are some of our friends in Africa who have suggested that President Donald Trump has done a good job with the American Economy and taught the world to take responsibility for its action and hence he did good.

Sure! He called some Africans as coming from S-Hole countries and one is not sure if that is enough to help Africans get rid of their corrupt leaders. There are better ways!

I wrote this to respond to Franklin Cudjoe on our Ghana Leadership Union (GLU) forum:

I have lived in America longer than most of you have been alive, but I devote my political mind and energies to help Ghana.

You’ll find, my friend, nations’ economies rise and fall based on factors that are often ignored and not revealed yet in numbers. I have listed some of these in my book “Leadership Concepts and The Role of Leadership” (Xlibris, 2007).

Some leaders are simply evil with greed, selfishness and hatred and scorn of others. These characteristics are hard to measure, but trust me human love and concern for each other as exhibited in decisions made by leadership, is the topmost factor that helps nations to prosper. Hope you believe in some Higher Powers or divine Force or God, a Creator, Nyame, Allah, or whatever you choose to call it.

Some of us saw Ghana in the 1980s and the havoc envy and hatred by a few disgruntled men did to Ghana and her economy and why people are suffering so much today! Private Businesses were ordered to closed down and thousands laid off were of no consideration to the military-led junta that stayed for over ten years before holding elections, with ruler Jerry Rawlings staying another 8 years.

America has been a nation of immigrants and compassion for the downtrodden, despite some silly wars; but throw that Love of others away and any nation means nothing! Humans are no better than animals.

Barack Obama lifted America out of almost total collapse. I sold my house in 2008 and moved to Livermore just in time and I remember well the scare. We saw neighbours lose their houses! Sad!

Trump, however, inherited a Stock market that had hit a Dow average of 20,000 already from under 8,000, and on a positive curve rising. To bring that to 25,000 may seem great but the bottom line is the skills that it took to raise the dead economy as opposed to continuing a train moving in the same direction (if you recall Newton’s Laws of motion). Obama/Biden did the hard work for America’s economy.

Trump was a man I used to admire long ago,, but he has done one of the greatest damages to American image and the soul of America as Joe Biden puts it! To look down on other nations is not an American culture or nature. No!

America is blessed so much because of one thing people outside do not know: they are a very friendly, deeply giving and generous people even when everybody believes in Shaka Zulu principles and has his hands on his pistol- a right of survival they call the 2nd Amendment for over 200 years now.

In fact, if you ask me, I believe we should have that in Ghana also- the right to own a gun as Nkwaseas3m seem to rise due to ohia (poverty), oppression by a few with power increases, and armed robberies become a professional for others.

For us in America, It is a relief to get out of this era of evil thinking that banned people from coming to America from some select Moslem countries, and take children away from mothers arms being deported! No! There is evil in every nation but America’s racism can stop once we Africans pick ourselves up and control our own resources and trade in fair terms to survive and stop begging the white man! Yes!

Certain acts are inhumane and not the American way! This has nothing to do with economics, even though a lot of people were stirred to their old hatred for others. However, this week’s election has shown once again that America has proven they have more than 50% good people to restore her dignity. They always rise even higher after a downfall!

Can Ghana find 50% good-hearted and honest people to save our nation?