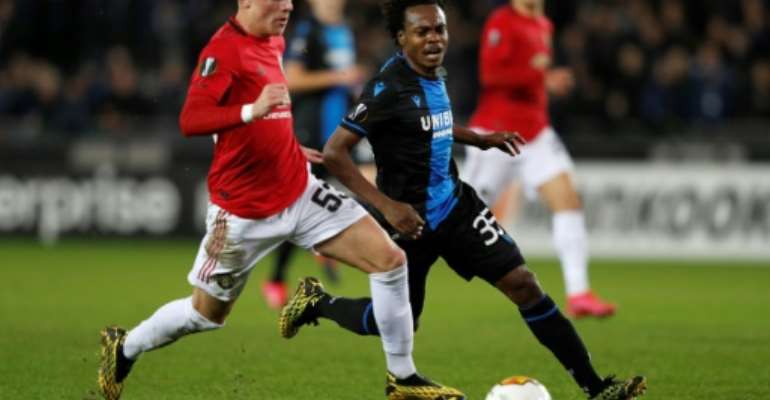 Referring to the coronavirus pandemic, CAF said they had no objection to one country hosting both matches or a neutral country being used for the back-to-back fixtures.

Sao Tome are the only country among 48 to concede home advantage although the Central African Republic (instability) and South Sudan (stadium renovations) have been forced to stage qualifiers in neutral venues.

South Africa have agreed to pay the travel and accommodation costs of Sao Tome, whose 'Falcons and True Parrots Team' nickname ranks among the most eye-catching in African football.

Bafana Bafana (The Boys) were unable to defend leads in home friendly internationals last month as they drew 1-1 with Namibia and fell 2-1 to Zambia.

South Africa and Sao Tome are 110 places apart in the world rankings, which should offer Bafana attackers like Belgium-based Percy Tau plenty of scoring opportunities.

Mali coach Mohamed Magassouba omitted Everton midfielder Abdoulaye Doucoure from a 37-man squad for home and away Cup of Nations matches against Namibia.

France-born Doucoure is also eligible to play for the Eagles because his parents come from the landlocked west African nation.

But Doucoure ignored a Malian call-up for two friendly internationals in Turkey last month, signalling that he still hopes to represent Les Bleus.

Forward Amine Harit from Bundesliga strugglers Schalke has been recalled by Morocco coach Vahid Halilhodzic after an easing of strained relations between them.

He is among 25 players chosen for two Cup of Nations matches against the Central African Republic with the away match scheduled for Cameroon because of instability in the homeland of their opponents. 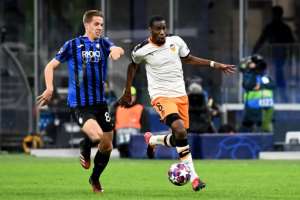 Geoffrey Kondogbia (R) outruns an Inter Milan opponent while playing for Valencia in the Champions League this year. By Vincenzo PINTO (AFP)

The 27-year-old France-born midfielder moved to Atletico from Valencia and his previous clubs included Lens, Sevilla, Monaco and Inter Milan.

A blow for Les Fauves (The Wild Beasts) is that instability in the Central African Republic has forced them to play Morocco at 'home' in Cameroonian coastal city Douala.

West Ham United forward Sebastien Haller is poised to debut for the Ivory Coast in Cup of Nations qualifiers against 2019 tournament surprise side Madagascar.

France-born Haller qualifies under the FIFA rule that allows a footballer to change international allegiance to the country where a parent or grandparent was born.

"The decision must come from the heart of the footballer -- he must truly want to represent his 'new' country and Sebastien does," said France-born Ivory Coast coach Patrice Beaumelle.

Tunisia coach Mondher Kebaier has named Rennes goalkeeper Elyes Damerji and Verona forward Nabil Makni in his squad for the first time as they prepare to meet Tanzania twice in Cup of Nations qualifiers.

There is plenty of competition among the forwards too with Saif-Eddine Khaoui, Wahbi Khazri, Youssef Msakni, Naim Sliti and Makni vying for starting places.

The Democratic Republic of Congo have boosted their attack by selecting Cedric Bakambu and Benik Afobe for two Cup of Nations qualifiers against Angola after mixed friendly international results.

Bakambu could not travel from China to Morocco last month due to coronavirus-related travel difficulties and Turkey-based Afobe was overlooked for matches against Burkina Faso and Morocco.

After being walloped 3-0 by the Burkinabe, the Leopards then exceeded expectations by drawing 1-1 with the Moroccans.