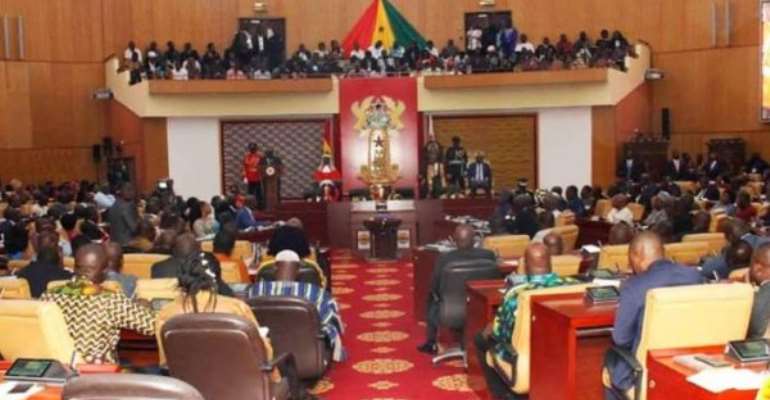 The National Ambulance Service (NAS) was set up in 2001 as a result of the reviews into patients transport services and medical retrieval services in the country after the Accra sports stadium disaster on May, 9th 2001, which claimed the lives of 127 sports enthusiasts but formal structures and operation began in 2004 without any legislative backing.

Dr Bernard Okoe Boye, Deputy Minister of Health who moved the motion for the second reading of the Bill in Parliament observed that the bill seeks to establish a publicly funded ambulance service to provide effective, coordinated, and timely delivery of emergency services to the sick and injured.

The bill intends to establish a governing board that would have a supervisory role over the management of the Service to make sure there are significant, efficiency and quality delivery of free emergency services.

The Deputy Minister of Health said there was also the establishment of the technical and planning committees at the district levels to ensure that their operations were decentralized.

Dr Kwabena Twum-Nuamah, Chairman of the Committee on Health who seconded the motion presenting the committee's report said the passage of the bill would transform the Ambulance Service into an integrated ambulance management system with support from the country's digital address system, which would provide a digitized state-of-the-art ambulance dispatch management system.

Dr Twum-Nuamah said the bill, thus, seeks to establish a publicly funded NAS to provide a legal framework to specify standards, regulate operations as well as discourage the inappropriate use and operations of ambulances in the country.

He said the bill would also provide for the effective, coordinated, and timely delivery of pre-health emergency medical care to the sick and the injured, and the transport of such sick and injured persons to the appropriate health facilities for further treatment.

The Service he said would also be mandated to provide emergency care cover at public gatherings.

Dr Twum-Nuamah noted that the bill when passed, would help deal with the challenges of inadequate staffing, relative non-existence dispatch system, and lack of dedicated source of funding for the NAS.

He said the bill intends to deal with the inadequate infrastructure and other facilities at the paramedic and emergency care training school within the system.

Mr Joseph Yieleh Chireh, Member of Parliament (MP) for Wa West, stressed the need for proper coordination of the emergency services in the country.

He said the Ghana National Fire Service and Ambulance Service in each of the institutions have different department handling emergencies.

He said the NAS provided emergency care to injured people before they are sent to the hospital for treatment and it was important to train people to provide this trauma care.