Will China and Taiwan ever be friends? 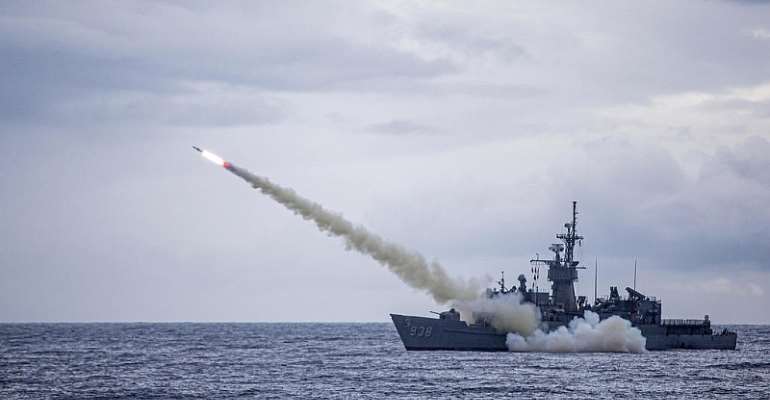 This weekend it is five years ago that top leaders of China's communist party and the nationalist Kuomintang – now ruling the island of Taiwan – met for the first time since the end of the civil war in 1949. But relations between Beijing and the island state have deteriorated with China using increasingly harsh rhetoric. The US, that formally does not recognize Taiwan, continues to sell weapons to Taipei, further angering Beijing.

When Xi Jinping met then leader of Taiwan, Ma Ying-jeou, on November 8 2015, relations were relatively cordial. The meeting took place on neutral ground: in the city-state of Singapore.

“No force can pull us apart because we are brothers who are still connected by our flesh even if our bones are broken, we are a family in which blood is thicker than water,” Xi was quoted as saying, while Ma said he was determined to “promote peace across the Taiwan Strait” and that relations should be based on “sincerity, wisdom and patience.”

Fast forward five years.
Last week, mainland fighter jets intruded in Taiwan's airspace, having the Taiwanese air force scramble its own jets, in the last of a series of incidents that started over the summer.

On November 6, the Communist Party-controlled Global Times reported that the Chinese Navy is training a new, young fighter pilots, on the pride of the Beijing's sea force, the aircraft carrier Liaoning, one of two now run by the Chinese navy, which cruises the China seas.

Not peaceful
In May, during the yearly session of China's National People's Congress,  Prime Minister Li Keqiang for the first time dropped the word “peaceful” from the standard formula “Taiwan's peaceful re-unification with the mainland.”

And in October, Xi Jinping, visiting a naval base in the south of China opposite to Taiwan, remarked that marines should “prepare for war.”

Tensions increased substantially this year after Taiwan re-elected its pro-independence president Tsai Ing-wen, who analysts say was re-elected on a strong anti-Beijing ticket, focusing heavily on China's increased interference in Hong Kong in 2019.

But in spite of a relative thaw that started in the 1990s, relations between China and Taiwan were never easy.

In the background looms the national trauma that was created by China's 1947-1949 civil war when forces of Mao Zedong's Communist Party chased the Nationalist Kuomintang army to the island province of Taiwan.

Decades of hostilities followed, while mainland China was engulfed in disastrous mass campaigns such as the Great Leap Forward and the Cultural Revolution that cost the lives of millions and pushed the economy to the brink of economic disaster.

During those days, US backed Taiwan, officially known as “The Republic of China.”

Turning tide
But in 1978 the tide turned.
Then leader Deng Xiaoping started his “Reform and Open Door” policy, starting an ambitious program of economic development and casting aside Mao Zedong's principles of “class struggle.”

Relations with the US improved after US president Richard Nixon's groundbreaking trip to China in 1972.

On January 1, 1979, the day that China asked its “Taiwanese compatriots” to put an end to hostilities, pleading for re-unification, the US and China formally established diplomatic relations.

But on the same day, US congress adopted the “Taiwan Relations Act,” stating that "any effort to determine the future of Taiwan by other than peaceful means are of grave concern to the US," also adding that the US will go on providing Taiwan "with arms of a defensive character."

These arms sales continue today and remain one of the most thorny issues in the US-China relationship.

Last week the Trump administration has notified Congress that it has approved the sale of $600 million in armed drones to Taiwan, the latest in a series of arms transfers for the island.

The State Department said Tuesday it had Ok'd Taiwan's purchase of four “weapons ready" remotely piloted aircraft and related equipment. The move is likely to infuriate China, which regards Taiwan as a renegade province and has reacted angrily to previous weapons sales' announcements to the island.

Deter military action
“This proposed sale serves U.S. national, economic, and security interests by supporting the recipient's continuing efforts to modernize its armed forces and to maintain a credible defensive capability,” it said. “The proposed sale will help improve the security of the recipient and assist in maintaining political stability, military balance, economic and progress in the region.”

It said the sale would improve Taiwan's defense by bolstering its intelligence, surveillance and reconnaissance capabilities and could help deter military action against it.

And the week before, the administration approved plans for a $2.37 billion sale of Harpoon missile systems to Taiwan - criticised as "useless" by Beijing. The move came came hours after Beijing had announced sanctions on U.S. defense contractors, including Boeing, the lead contractor on the Harpoon deal, over a previous weapons deal.