America Is Not That Great 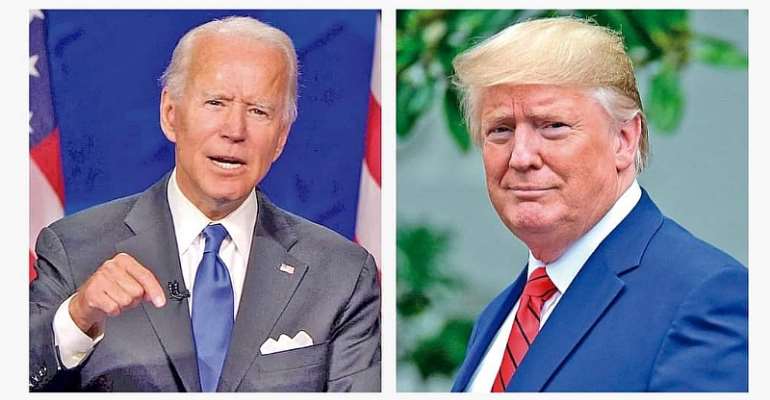 This currently ongoing United States of America’s general elections has just taught me and many other critical thinkers that the US is not that great considering what we have witnessed for the past three days.

A country like America that is seen by almost everyone as the most powerful country in the world is struggling to count the ballots after voting took place. The President, Mr. Donald Trump is lamenting and complaining of electoral fraud. He has accused the Democrats of trying to rig the elections.

He made several accusations on his social media platforms like Twitter and Facebook saying that illegal votes are being counted, while the legal votes are not counted. He has been threatening to go to the Supreme Court to demand fairness and justice.

If not for social media and the tantrums or rants of President Trump, I would not have known that America also faces problems like this during their elections. I was thinking that their electoral system is perfect and they have gone past such petty problems as many African countries are still heavily confronted with, in almost every election year.

Americans with their technology and exposure level should by now have a far more sophisticated electoral system where everybody believes in the system and goes by it. But from what I have read on the Facebook page of President Trump, shows that all is not well and what we go through as Africans during elections is not so much different from what the Americans also go through. Perhaps, they are just good at hiding their challenges from us.

I seriously didn't even know that they also queue to vote. I thought that at their level everyone votes in the comfort of their homes by the electronic voting system. I have also seen some videos circulating on social media suggesting that President Trump shared or gave food to some of the voters.

In all these, I am beginning to think that Americans are just very good at branding themselves as the best. Because they have branded themselves as the most powerful and sophisticated country in the world, and almost everyone bought into the idea. They show us only the great things in America and hide their not so great or mess from us.

Thanks to President Donald Trump who does not really care about public image or the greatness of America, therefore is exposing the weaknesses in the American system. Electoral fraud is common in Africa and Africans look up to America in solving or managing some of these problems during elections in Africa.

But, if America itself is facing similar problems, and using coronavirus as an excuse, then why should we keep looking up to them? It means that their electoral system is still not perfect and needs to be worked on or upgraded to the level where nobody can easily rig elections or suspect rigging, either during or after counting of votes.

In Ghana, whenever we go to the polls to elect a new President, oftentimes, if not sometimes, it takes two to three days before a winner is finally declared, after going through a tedious process, because our electoral system is still facing major challenges and has not reached the level of much sophistication, as we always queue to vote from morning till evening. And this is exactly the challenge America is facing. It has been three days now and counting votes is still underway; too bad for a country like America.

I mean they have made us all believe that they run a perfect system in almost everything, but President Trump has exposed the weaknesses of their electoral system. I like the Democrats in America because of their socialist orientation or background. I will be happy if Joe Biden finally wins the elections, but I will not be sad if President Trump is re-elected, because I know that he will keep exposing the weaknesses of America to the world and everybody will get to know that America is not that great as the average American or leaders of America want us to believe.

President Trump lacks leadership traits. I like his guts and plainness, but I do not like his racist disposition or character. He is too pompous and overly arrogant. I do not understand why some Christians think he is a great leader and wants him to be re-elected when his talks are mostly loose.

He may abhor abortion and other stuff the Bible preaches against, but we know that he is just playing smart with the people. How can you condemn abortion as being bad, but endorse racism as being good? That is absolute hypocrisy and critical thinkers know this and will not fall for it.

From what I have learnt so far, from this year's American general elections, there is hope for Africa if only we can take the bull by the horn and start correcting our mistakes. We need to brand ourselves well, just like the Americans have done.

We need not wash our dirty linen in public. Our leaders should stop enriching themselves with corruption and create a system where indiscipline in any form will not be tolerated in the country. We have the laws, let us implement them. Our constitution has given too much power to the executive, let us amend it and do things the proper way.

I have noticed that we can never really change our bad behaviour as people unless a good system is created to force us to behave well. If we are serious as a people, we will catch up with America and other so-called advanced countries in almost everything.