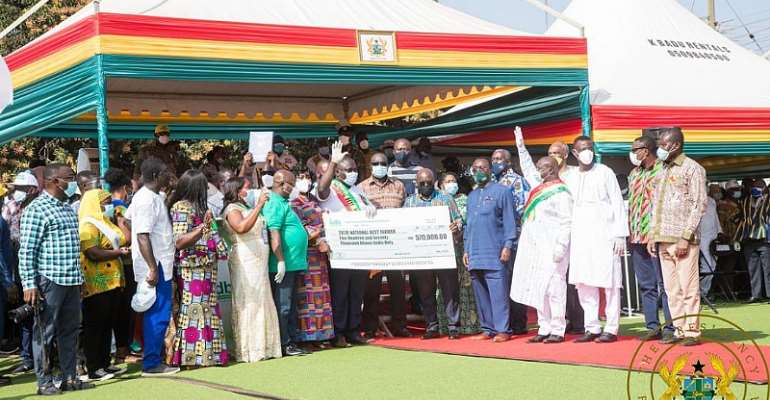 A 55-year-old farmer from the Jomoro District of the Western Region, Solomon Kwadwo Kusi, has been named the 2020 National Best Farmer, receiving a prize money of GHC570,000.

Nana Kofi Drobo IV, a farmer at Wenchi, and Mahamudu Mohammed Awal, a farmer from the Northern Region, were the first and second runners up, respectively.

The event was attended by Ministers of State, Members of Parliament, farmers, local and foreign investors and civil society actors.

Addressing the gathering prior to the announcement of awardees, President Nana Addo Dankwa Akufo-Addo congratulated the farmers for their hard work and assured of his next government's commitment to providing subsidies to enhance their farming activities.