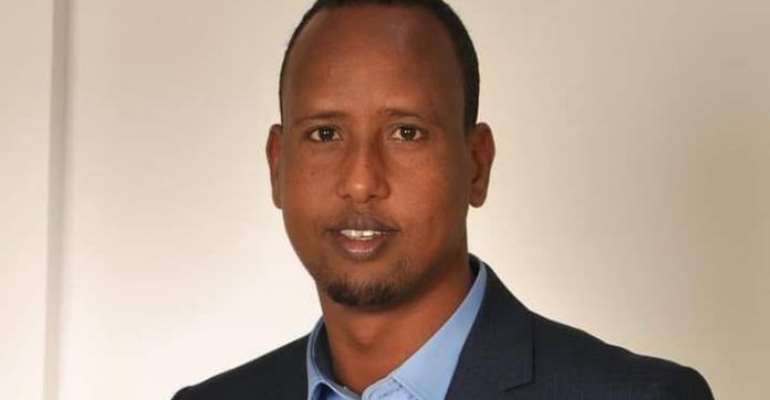 According to Abdimanan’s lawyer, Mohamed Ahmed Abokor, the court sentenced five years in jail and a cash fine of two million Somaliland Shilling ($250) to Abdimanan after a brief court appearance on Wednesday. The court also banned Astaan TV operations in Somaliland.

The court did not specify what type of charges its verdict was based on.

Abdimanan was arrested and has been held in jail since 17 July 2020 by authorities in Hargeisa and had reportedly been unable to meet his lawyers and family members.

Since his arrest, Abdimanan had several court appearances including one on 26 July 2020 in which prosecutors charged him with two articles: espionage and operating illegal media company in Somaliland. The Court, however, did not find proof of evidence for both charges.

Both Marodi-Jeh Regional Court judge Hassan Matan and the deputy Attorney General, Farhan Mire Osman did not respond when asked for clarification of the exact articles of which Abdimanan was convicted on Wednesday.

“We condemn the politically-motivated and unfair decision by the Marodi-Jeh Regional Court against Abdimanan Yusuf, the CEO of Astaan TV, which apparently came four months after his illegal detention in Hargeisa. We call on the Somaliland authorities to protect individual liberty and to immediately release Abdimanan,” Abdalle Ahmed Mumin, the secretary general of Somali Journalists Syndicate (SJS) said “Somaliland Constitution explicitly guarantees freedom of expression including the freedom to operate media houses and therefore we call for the Marodi-Jeh Court to reverse its decision to ban Astaan TV.”

“The unjust verdict handed down by the Marodi-Jeg Regional Court to Abdimanan Yusuf is a disgrace to Somaliland’s democracy. We demand his immediate release. Authorities should be aware that a democratic society could never exist without a freedom of expression. “Mohamed Abduwahab, the secretary general of Somali Media Association (SOMA) said.

Separately, SJS and SOMA jointly condemn the brief detention against the director of the privately-owned Radio Markabley, Ahmed Omar Salihi and its editor, Yahye Abdirisak Sofe by officers from the Somali National Intelligence and Security Agency (NISA) in Bardhere town, Gedo region on Monday 2 November. Their detention followed after the radio covered local clan elders who complained against Somali President Mohamed Abdullahi Farmajo.

Both were released on the same day without charge.