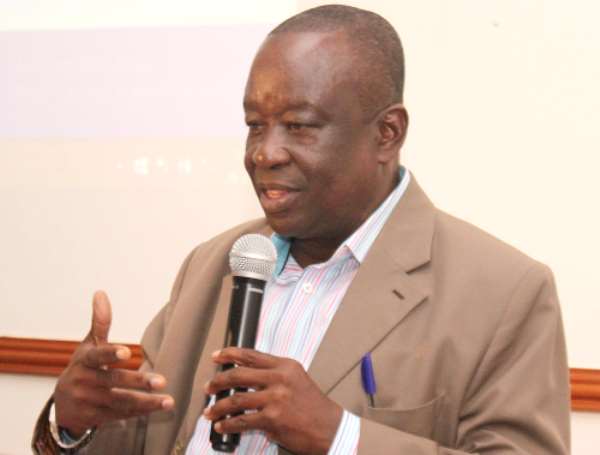 He has however blamed political opponents for the heightened sense of insecurity in the country.

Some security analysts and members of the public have questioned the security preparedness of the country for the December polls given recent armed robbery cases and other violent crimes.

Mr Kan Dapaah argued crime rates are rather down as he warned troublemakers of the readiness of the security agencies to neutralize them.

On the activities of the Volta Separatist groups, the minister fended off allegations of intelligence failure

He said “there also seems to be a deliberate attempt by certain individuals to create a false notion of rising insecurity in the country. The facts however run counter to this false notion, for example, evidence suggests a reduction in crime rates in the country.”

“These false notions of insecurity stems from the deliberate politicization of issues of national security in the country and I think it has become more pronounced as we approach the 2020 presidential and parliamentary elections. An assessment of recent developments reveals that the false notion of insecurity is fueled by some politicians.”

He added that these politicians at one moment openly threaten violence should they lose the election and at another express concern about rising insecurity in the country. And I think Mr speaker, this is unacceptable and must be condemned in no uncertain terms irrespective of where it is coming from.”

But minority leader Haruna Iddrisu rubbished allegations of the minister.

The Tamale South MP warned the NDC will not accept any intimidation from the security personnel who operate in the name of national security on election day.

He charged government to leave deployment of personnel for election purposes in the hand of the IGP so he can be held accountable for whatever goes wrong so as to avoid a repetition of Ayawaso West.

Majority Leader Osei Kyei-Mensah-Bonsu asked for a political consensus if personnel from national security are to be barred from electoral duties since such deployments have always existed.