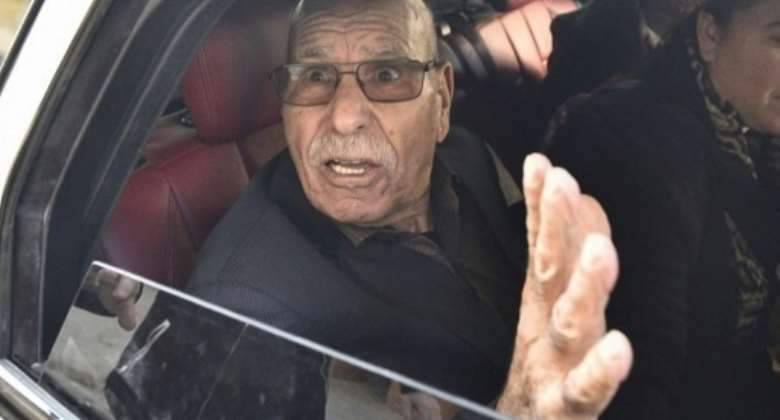 Algerian war veteran Lakhdar Bouregaa upon his release from custody in January this year. By Ryad KRAMDI, RYAD KRAMDI (AFP)

Lakhdar Bouregaa, a highly respected veteran of Algeria's war of independence against France and a key personality in an anti-regime protest movement, has died at the age of 87.

The death of Bouregaa, a longtime opposition political figure whose eager participation in an ongoing protest movement saw him spend the last half of 2019 in prison, sparked tributes on social media.

"We will remember him for his determination to keep pressing forwards, to pass on the torch to young people," wrote one Twitter user, adding that Bouregaa had possessed the "rare" quality of being a war hero who avoided being stuck in the past.

Protesters continued to rally in their hundreds of thousands to demand deep political reforms, only suspending demonstrations as the coronavirus pandemic prompted a nationwide lockdown.

Around 90 of supporters, including journalists and bloggers, are currently behind bars, according to the prisoners' support group CNLD.

But the Hirak has sought to keep up the political pressure, including by boycotting a referendum on constitutional changes that took place on Sunday -- an exercise it dubbed regime window-dressing.

The poll yielded a meagre official turnout of 23.7 percent, the lowest in a national poll since independence.

Bouregaa will be buried at a cemetery in Sidi Yahia on Algiers heights, according to the family.

State television had initially announced that he would be buried in the El Alia cemetery in the capital Algiers, the resting place of former heads of state and other heroes of the 1954 to 1962 independence war.

'Captain Smart arrest is intolerance, he did no wrong' – Med...
11 minutes ago