Mfantseman: Vote For Me To Sustain My Husband's Legacy – Mrs Hayford 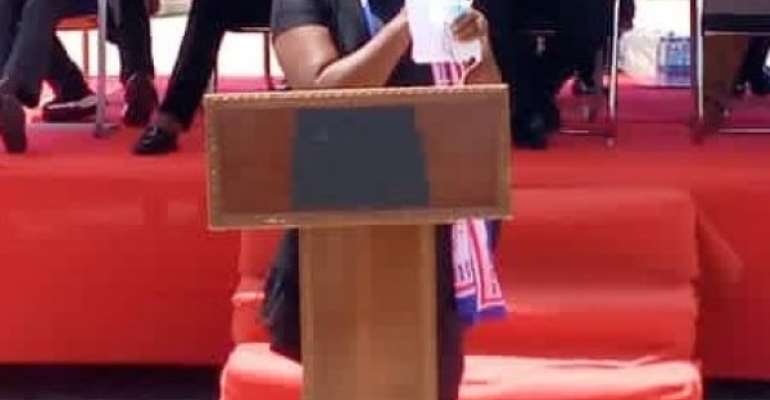 Mrs Ophelia Hayford, the wife of the murdered Member of Parliament (MP) for Mfantseman, has rallied the collective support of electorates to retain the seat.

She said winning the parliamentary seat was the surest way to sustain the remarkable legacy of her late husband and the Party to bring development across the constituency.

Speaking at the commissioning of the Ghana Education Service Training Centre at Saltpond, Mrs Hayford said the facility represented her late husband unflinching commitment to enhancing the quality of education in the Municipality.

Persons believed to be Highway robbers shot Mr Kwansa Hayford in the early hours of October 9, 2020, on the Abeadze Dominase – AbeadzeDuadzi – Mankessim road on his way from a campaign trip.

"I am very grateful to NPP for the confidence reposed in me,” she said, adding that, "God knows why the despicable act happened to my husband. God will make a way for me in the December polls."

Mrs Hayford, an Assistant Superintendent of Police, resigned from the Police Service, following the murder of her husband.

She promised to increase the margin of votes in the Presidential and Parliamentary elections with the unalloyed support of all.

In an all-black attire, the confident looking candidate received thunderous applause and cheers from party supporters, who thronged the venue in solidarity and support for her political bid.

The emotionally charged NPP candidate sang encouraging songs to remind her political opponents she was equal to the task.

Mr Kwamena Duncan, the Central Regional Minister, expressed the Party's readiness to go all out to retain the seat for the NPP to reflect the Party's political dominance.