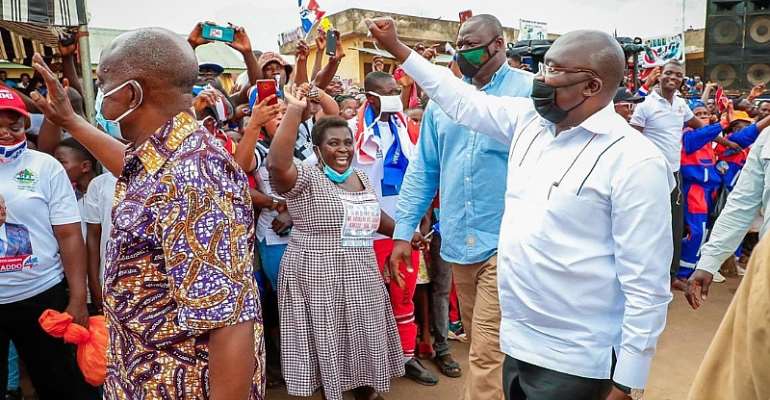 Dr. Bawumia is expected to meet traditional authorities, Muslim Communities and to garner for votes towards retaining the New Patriotic Party-led government in power in the December polls.

The Vice President would also have a discussion with the party regional communications directors, other executives and the parliamentary candidates.

Seidu Musah, Oti Regional Communications Director of the NPP in an interview said Dr. Bawumia would also visit Kadjebi and Akan constituencies to address the chiefs and people on the achievements of the NPP and the need to retain them.

He said Dr. Bawumia would commission some school infrastructure for the Kpassa Senior High Technical School, meet the chiefs and people of Nkwanta North and South Constituencies and then move to Dambai in the Krachi East.

Dr. Bawumia would interact with chiefs and people of Asukawkaw, Pai Katanga, Adowkwanta, Tokoroanu, Dormabin, KpareKpare on the other leg before entering Dambai, all in the Krachi East Municipality of the Oti region and later depart to the Volta Regional capital, Ho, he noted.