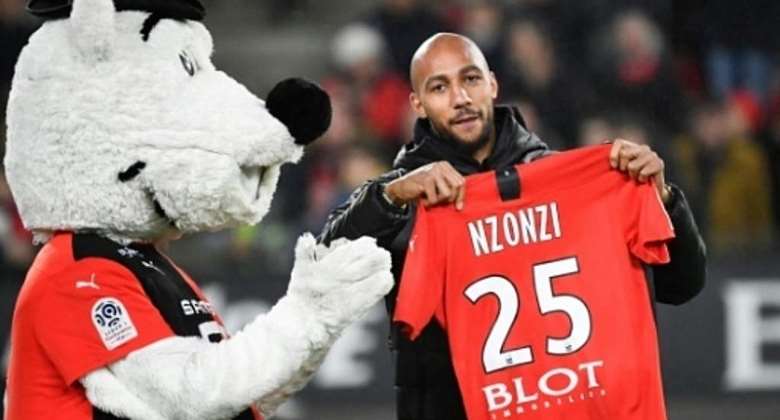 Rennes midfielder Steven Nzonzi has called on his teammates to relax and enjoy the Champions League experience as they prepare to face Chelsea at Stamford Bridge on Wednesday night.

The Ligue 1 outfit drew their first match in the tournament against FC Krasnodar on 20 October and then went down 1-0 at Seville on 28 October.

Rennes travelled to west London on the back of a 2-1 derby win over Brest while Chelsea swept past Burnley 3-0 in the Premier League.

That victory followed a 4-0 waltz past Krasnodar in the Champions League as Rennes were losing to Seville.

During the third match of their debut campaign in the Champions League, Julien Stéphan's men will encounter a familiar face. The Chelsea goalkeeper, Edouard Mendy, played for the Bretons for a season before moving to London for 25 million euros.

Low maintainance
“When we were looking to sign him, all the feedback was that he had a strong personality in the dressing room and he is very low maintenance,” said Chelsea boss Frank Lampard.

“He's not asking a million questions but he's asking enough which are relevant, little things about his relationship with the players around him. So I've really enjoyed that positive side, his engagement. It seems his personality is pretty laid back with a tough edge when it comes to work.”

Chelsea lead Group E on goal difference ahead of Seville who entertain FC Krasnodar at the Estadio Ramon Sanchez Pizjuan on Wednesday night.

“Having the ball for long periods will be one of the keys to the game,” said Stéphan.

“We've got to keep it and use it wisely to put Chelsea under pressure. We have to increase our intensity too. If we can do that then we'll give a good account of ourselves.”