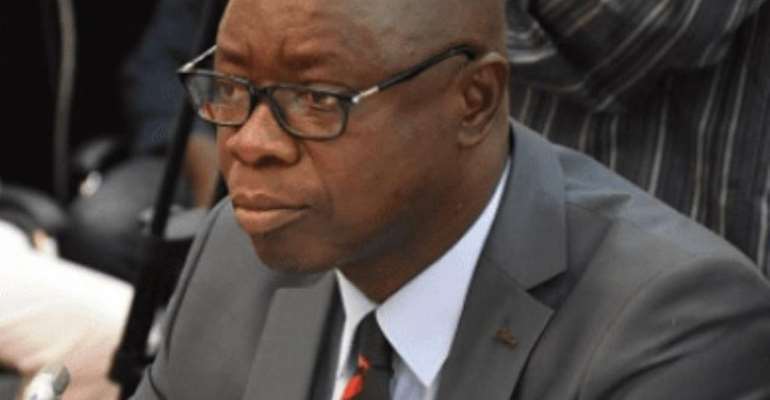 The Alliance for Social Equity and Public Accountability (ASEPA) has apologised to the Minister of Lands and Natural Resources, Hon. Kwaku Asomah Cheremeh for linking him to extortion in the Western Region.

Earlier this year in July, the Anti-Corruption and Civil Advocacy group made a publication accusing the sector Minister of being part of an operation that resulted in extortion of millions of Cedis from small scale miners in the Region.

Several months on, ASEPA says it has through further investigations uncovered that Hon. Kwaku Asomah Cheremeh has never been involved in such dealings.

In a press statement today, the Advocacy Group has eaten the humble pie as they issue an unqualified apology to the Minister of Lands & Natural Resources.

"We want to use this opportunity to apologise unreservedly to the Hon. Minister and anyone who may have been harmed by that publication", part of the ASEPA statement read.

Meanwhile, ASEPA has also disclosed that its checks have revealed that none of the agents of Hon. Kwaku Asomah Cheremeh is engaged in any form of extortion in the Western Region.

Read the full press release from ASEPA below:

On Monday July 13, 2020 ASEPA made a publication based on some information it had received from some small scale miners in the Western Region.

The information suggested that the Lands Minister Hon. Kwaku Asomah Cheremeh was directly involved in some operation of extorting millions of Cedis from small scale miners in the Region.

We had double checked with other sources in the Region on the information before putting out.

We were however unsuccessful in contacting the Honorable Minister for his response on the matter before publication.

After it thorough investigations by our team in the Western Region, it turns out neither the Hon Minister for Lands, Hon. Kwaku Asoma Cheremeh or any of his "agents" was directly involved in that extortion and neither did he had any knowledge of such activity in the Region.

We want to use this opportunity to apologise unreservedly to the Hon. Minister and anyone who may have been harmed by that publication.