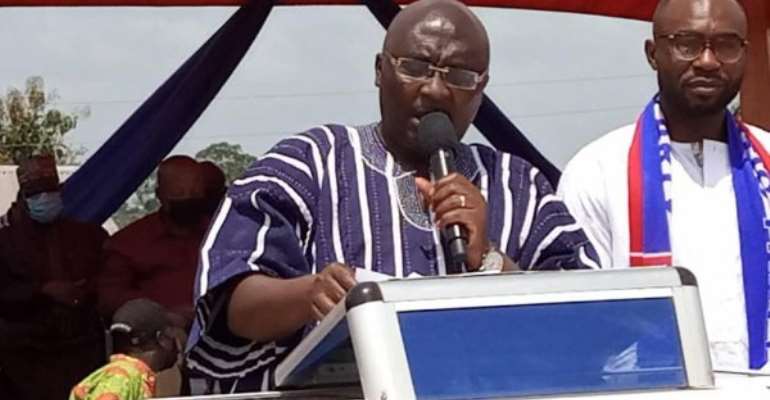 He said the government also streamlined the National Health Insurance scheme to make it more viable and attractive.

Dr Bawumia made these statements when he commissioned a three-Storey classroom block for the Anhwiaso College of Health Sciences in the Bibiani, Anhwiaso, Bekwai Constituency, as part of his two-day tour of the Western North Region.

The Vice President said the many tangible achievements of the NPP government made it more imperative for Ghanaians to vote for Nana Addo's government in the December general elections to enable them to do even more for them.

Ogyeahoho Yaw Gyebi II, the Omanhen of the Anhwiaso Traditional Area, commended the government for fulfilling its campaign promise to create the Western North and five other regions

He was also thankful for the Planting for Food and Jobs policy, which has brought much improvement in the country's food security as well as the boosting of cocoa prices for cocoa farmers despite declining world cocoa prices.

The NPP Parliamentary Candidate for the Bibiani Anhwiaso Bekwai Constituency, Mr Alfred Obeng Boateng, said looking at the achievements of the NPP government so far, it was not out of place to ask Ghanaians to retain the party in power to continue with the good works.

"Vote for Nana Addo as President, and vote for me as your MP, and together, we shall continue to give you the best of developments,” he said.

I haven’t said NPP is Majority in Parliament – Bagbin clarif...
8 minutes ago