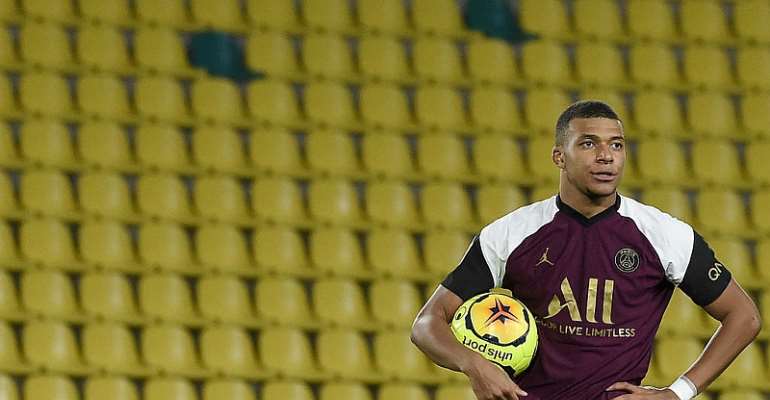 Mbappé scored from the penalty spot in Saturday night's 3-0 win at Nantes that kept the French champions top of Ligue 1.

He was substituted 16 minutes from time and headed straight for the changing rooms clutching the back of his right leg.

PSG boss Thomas Tuchel played down concerns about the 21-year-old's fitness for the Leipzig game. "It is just fatigue. It's not an injury,” he said.

However, medical tests subsequently confirmed the player's ailments and he joins fellow frontmen Neymar and Mauro Icardi on the injury list

Kean to impress?
Their absences could lead to a starting berth for Moise Kean. The 20-year-old Italy international has scored four goals in three matches since arriving on loan from the English Premier League club Everton.

Leipzig, who were swept aside by PSG in the semi-final in August of the 2020 competition, go into Wednesday's match on the back of their first domestic defeat of the season at Borussia Moenchengladbach.

Julian Nagelsmann's side dropped to third in the Bundesliga as a result. They occupy the same position in Group H after two games following a win over Istanbul Basaksehir and a 5-0 thrashing at Manchester United.

PSG are above the Germans on goal difference. “It's going to be a crucial game,” PSG midfielder told PSG TV. “We know Leipzig very well. They've got lots of talented players.”

Nagelsmann acknowledged there will be an air of revenge swirling around the Red Bull Arena. “We've learned a lot since that Champions League semi-final,” he said.

“We need to win our home match against PSG so we're under less pressure when we play them in Paris at the end of the month. If we're successful, they'll have all the problems.”