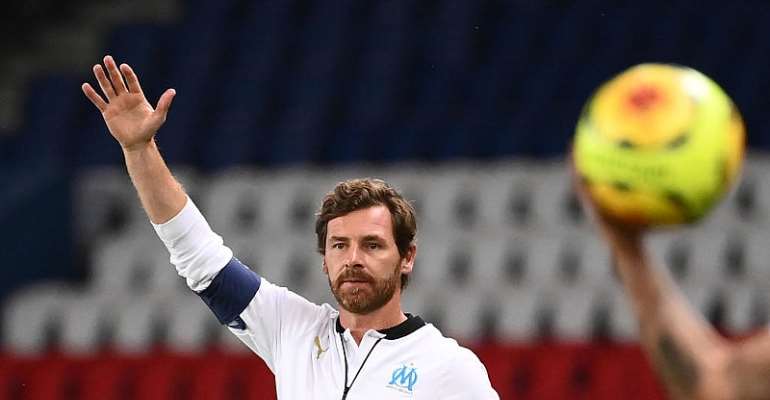 Marseille boss André Villas-Boas described Tuesday night's match against Porto as the first of his side's two last chances to relaunch their bid to qualify for the last 16 of the Champions League.

“We're under an obligation to achieve something,” said Villas-Boas on the eve of the clash against a club he led between 2010 and 2011.

“We have to get results against them in Portugal and when we face them later in the month in Marseille. The losses to City and Olympiakos have made things difficult. Porto are now a direct rival.”

Rivals
The Portuguese side - who won the 2020 Primera Liga title - have three points from their two games in Group C.

“We're going to have a difficult game,” said Porto coach Sergio Conceiçao. “Marseille are a good team with lots of internationals. We will need to play very well to win the match.”

“It is important to go onto nine points,” said City boss Pep Guardiola. "You cannot make a false step in the Champions League because after that you struggle. We have an incredible opportunity to make a huge step to qualify for the next round.”

Both Porto and Marseille are seemingly light years from such extravagant aspriatons.

Stakes
“We don't have much room for manoeuvre,” said Marseille midfielder Dimitri Payet. “We need at least a point in Porto if not more to be able to even think of continuing in the competition.”

Marseille have not graced European football's most prestigious club competition since 2014 and another reverse in Portugal would furnish them with the record of most consecutive losses in the Champions League.

That shame resides with the Belgian outfit Anderlecht who lost 11 on the trot between 2003 and 2005.

In mitigation, Marseille's run of poor results takes in campaigns in 2012 and 2014.

“We don't want that kind of history,” added Villas-Boas. “But on the other hand, to be on the up or downside of records, you actually have to be in the competition.”

'Pushing for nuclear power in Ghana is wasteful and ill-advi...
37 minutes ago