Mahama Has An Unfinished Business 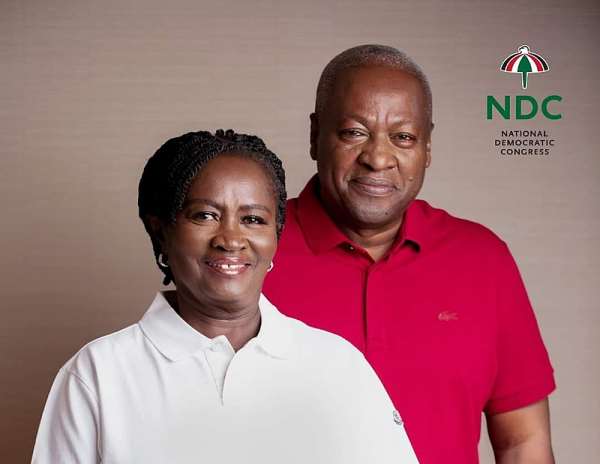 I stated in one of my previous articles how technological advancement is getting unimaginably crazy; and how scientists are now playing God with the cloning of human beings, but it looks like they have an unfinished business in their quest to improve the well-being of mankind.

There is now anti-senescence treatment to prolong human life to 120 years or more. This scientific feat has to do with the growing of human organs to replace worn-out tissues and important human parts such as heart, kidneys, liver, etc.

To advance the theme of this article, I would like to share two thought-provoking quotes: “You will never say goodbye to the past, until you understand why the flashbacks haunt you.” Shannon L. Alder.

“There is this one thing that I never ever want to know, and that is knowing how to give up on a true purpose. If it is necessary to rest, rest! But don't forever be at rest and don't ever give up on the rest of the unfinished task” – Ernest Agyeman Yeboah.

In line with these, President John Dramani Mahama has an unfinished business, and he is on the cusp of breaking Nkrumah's record on infrastructure development in Ghana when given another term as president. And I will prove it by enumerating some of the things he did when he was president.

Significant progress was made in the area of education when he became president. And access to education at all levels increased considerably.

His idea of constructing 200 Community Day Senior High Schools across the country of which 123 were at various stages of completion when he was leaving office, will provide space for the admission of over 500,000 additional students who would have been out of school.

In the Health Sector, Government Mahama pumped billions of Ghana Cedis into the provisions of modern hospitals and the upgrading of facilities for speedy and quality healthcare delivery. His government superintended the construction of several major hospital projects which delivered about 6,000 new hospital beds to facilitate access to improve healthcare.

Over US$1 billion worth of investment was made in providing potable water for the people of Ghana during Mahama's tenure as president. 77.5 million gallons of water per day was achieved by the end of 2016. This will give water to about 7 million Ghanaians.

Dumsor was experienced because governments in the past years managed energy crisis without looking at the issue of increasing generation capacity. President Mahama's Government as promised, fixed the problem by increasing generation capacity which will prevent major energy crisis in this country for many years to come. Mahama added over 1,135MW of power to the National Grid when he was president. They are as follows:

Aside this feat, electricity supply was extended to 2,861 communities under his Energy for All Programme.

Ghana has a total motorable road network of 71,063 km, and one of the key planks of President Mahama's transformational agenda was to expand and modernise the road network to open up the country in order to reduce road traffic accidents and congestion; boost economic activities and move goods and services freely.

Matchless investments was made in road projects across the country in his 4-year term as president. The five-year, GHC3 billion Cocoa Roads Improvement Programme (CRIP) began earnestly with the construction of several roads in cocoa-growing areas; most of these road projects have been abandoned by the Akufo-Addo government.

President Mahama during his term as president of the Republic intensified efforts towards positioning the country's security agencies to adequately respond to contemporary security challenges. This was done through the biggest retooling of the security agencies in recent Ghanaian history.

Police: numerical strength was improved from 23,204 in 2012 to 32,117 in 2014, resulting in a Police-Population Ratio (PPR) of 1:724 as against 1:1,000 in 2010. This brought Ghana closer to the United Nations benchmark of 1:500 (PPR), and led to an increase in Police visibility and accessibility which is key in crime detection, prevention and control. Available statistics show that crime rate dropped by over 5,000 between 2013 and 2014. A total of 1,424 vehicles were procured for the Ghana Police when John Mahama was president.

Ghana Armed Forces: The Army, Navy and Airforce all benefitted from a comprehensive retooling programme. This includes modern aircrafts and military equipment. Besides, Mahama finalised arrangements to procure additional modern ships for the Navy before leaving office.

Ghana Immigration Service (GIS): The operations of the Border Patrol Unit (BPU) of GIS were enhanced by the installation of border surveillance systems at 15 out of 17 strategically selected border control points throughout the country. Also, an e-Immigration project was implemented to enhance the work of the Ghana Immigration Service, and reduce processing time for persons travelling through our ports of entry.

I see what has been done by the former President as the key steps a country needs to kickstart a major economic breakthrough, and I can see prosperity and comfort ahead in the coming years with him as president.

I have, therefore, been seized by a fit of yearning for the second coming of former President John Dramani Mahama, and as scientists have an unfinished business to improve the living conditions of mankind, so JM has an unfinished dream to send Ghana to the promised land, and can never say goodbye to the past or give up on the rest of the unfinished task.

Why are you refusing to obey the orders of the Court ? — Jus...
21 minutes ago