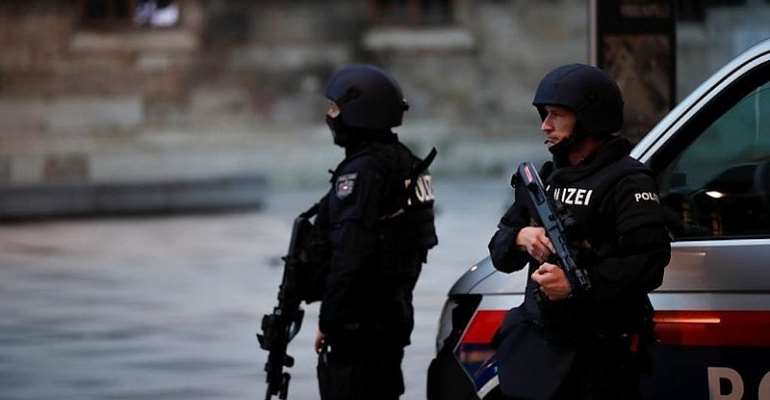 French President Emmanuel Macron has condemned a shooting attack that killed three people in the Austrian capital on Monday evening. Police were hunting for suspects and said an assailant killed during the attack was a sympathiser of the Islamic State armed group.

Two men and a woman were killed in a shooting attack in six locations near the centre of Vienna around 8pm. Fifteen others were wounded, including seven in serious condition. One police officer was also hurt.

Police killed a suspected attacker, who was carrying an assault rifle and fake suicide vest. Investigators described the suspect as a sympathiser of the Islamic State armed group.

French President Emmanuel Macron was quick to condemn the shootings, which follow three Islamist attacks in France in recent weeks.

“We, the French people, share the shock and sorrow of the Austrian people struck this evening by an attack in the heart of the capital, Vienna,” Macron wrote on Twitter.

“After France, a friendly country has been attacked,” Macron wrote of the incident, which came three people died in a knife attack at a church in the French city of Nice.

Police said Monday they were looking for at least one more assailant still at large.

Authorities were trying to determine whether further attackers were on the run and urged people to stay home if possible.

“We are victims of a despicable terror attack in the federal capital that is still ongoing,” Austrian Chancellor Sebastian Kurz said.

The shooting began hours before Austria was to reinstate a coronavirus lockdown, and there were many people out enjoying one last evening in bars in restaurants.