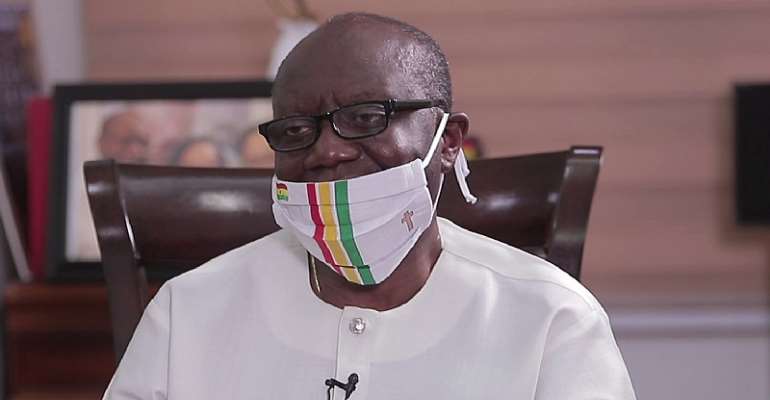 The Finance Minister Ken Ofori-Atta insists that his outfit has been transparent with the processes that led to the approval of the controversial Agyapa Royalties Agreement in Parliament.

Ofori-Atta made the argument in a memo in response to a corruption risk assessment report released by the Special Prosecutor, Martin Amidu, on the Agyapa deal.

The report raised red flag against the deal and insisted that a number of processes were deliberately sidestepped.

But Ofori-Atta in the memo to the President, Nana Addo Dankwa Akufo-Addo and sighted by citinewsroom.com insisted that the Attorney General and Parliament gave their blessing to the agreement because of the right processes the deal went through.

“Prior to initiating the Transaction, MoF ensured to undertake all the necessary pre-requisite action required by law, from the procurement of transaction advisors, to the submission of transaction documents to the AG and Parliament for their review, input and approval.”

“This Ministry believes that it has been transparent from the onset. Once Government had independently assessed the potential value of the Transaction to Ghana, and Cabinet had approved the policy to monetize future gold royalties to support current developmental projects, MoF included in the 2018 Budget and Economic Policy Statement, Government's intention to leverage the future wealth of Ghana's gold resources to support current developmental needs,” Ofori-Atta said in the memo.

What the Special Prosecutor said in the report

The Special Prosecutor’s corruption risk assessment into the controversial Agyapa Royalties was made public on Monday, November 2, 2020, two weeks after it was submitted to the Office of the President.

In his risk assessment, Mr. Amidu among other things raised concerns with the entire deal and processes prior to its approval by Parliament.

The Special Prosecutor also raised concerns with the appointment of transaction advisors for the deal.

He said laid down processes were disregarded by the Ministry.

“The absence of any evidence of the approval of the Mandate Agreement by Parliament under Article 181(5) of the Constitution makes the appointment of the Transaction Advisors also unconstitutional, null and void, and sins against any positive analysis of the risk of corruption, and anti-corruption assessment in their handling of the Transactions.”

Ofori-Atta, however, rejected the conclusions made by the Special Prosecutor over the Agyapa deal.

He insisted that “There is no justifiable reason for concluding that the current members of the MIIF Board will jeopardize their apparent professional integrity and reputations to engage in corrupt practices motivated by partisan considerations”.

Nonetheless, President Akufo-Addo has ordered the Finance Minister to send the agreement back to Parliament.

“The President has accordingly, instructed the Minister that, in the interest of transparency and accountability to the Ghanaian people, the Agreements supporting the transaction that were submitted to Parliament, and approved by the House, should be resubmitted to Parliament for the approval process to start all over again,” a statement from the Presidency directed.

A/R: We don't want a Chairman who display gold on TV but neg...
4 minutes ago

“I came back from exile and I’ve served NPP faithfully, loya...
1 hour ago