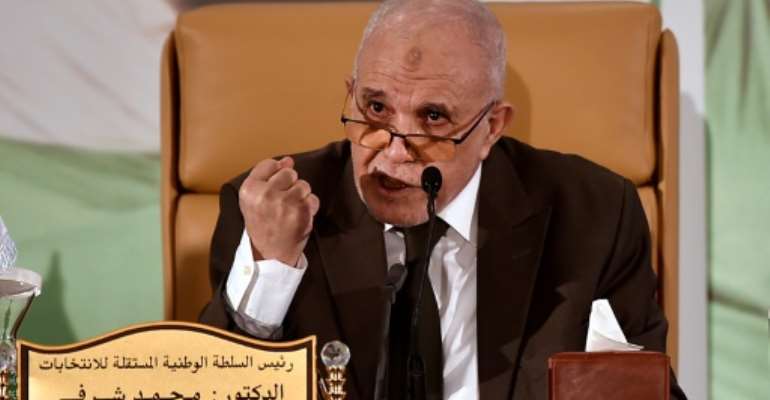 Algerians approved a revised version of their country's constitution with two thirds of votes cast, the electoral commission said Monday, after a record low turnout in a referendum.

The vote on Sunday was widely seen as a regime manoeuvre to neutralise the Hirak protest movement, which at its peak had toppled long-time president Abdelaziz Bouteflika.

The Hirak had called for a boycott of a vote on the document, largely dismissed by constitutional experts.

"The new version of the text doesn't change much compared to the old constitution," said Cherif Driss, a political science professor at the University of Algiers.

Fewer than 15 percent of eligible voters had endorsed the document, he said.

The revised text passed with 66.8 percent of votes, on record low turnout of just 23.7 percent, according to the electoral commission.

The poll took place in the absence of President Abdelmadjid Tebboune, who is hospitalised overseas and widely suspected to have the Covid-19 illness.

Tebboune himself took office after a December election with a turnout of just under 40 percent, the lowest in a presidential vote since independence from France in 1962.

That followed months of Hirak protests calling for a full overhaul of Algeria's ruling system.

The regime "wanted to break the momentum of the Hirak by reducing its demands to a minimal revision of the constitution," Algeria expert Hasni Abidi told AFP.

But that was resoundingly rejected by voters, he said.

Voters see "boycotting the ballot boxes as the only response" available to them, said Abidi. "Boycott is now the biggest political party" in Algeria.

The Hirak burst onto the streets with unprecedented mass rallies that toppled Tebboune's predecessor Bouteflika in April 2019.

It had pressed on with months of mass demonstrations demanding deep-rooted political reforms, until the coronavirus pandemic forced the suspension of rallies in March.

Tebboune has ostensibly reached out to the Hirak and officials have pitched the tweaked constitution as meeting the movement's demands -- despite a string of arrests and court rulings against activists in the run-up to the vote.

"The fact that the people were able to express themselves in total independence was another step in the construction of the new Algeria which began with the blessed Hirak," electoral commission chief Mohamed Charfi said Monday as he announced the results of the poll.

Bu around 90 pro-Hirak activists, social media users and journalists are currently behind bars, according to prisoners' support group the CNLD.

The revised constitution was written by a committee of experts handpicked by the regime, and it keeps key appointments in the hands of the president.

"The drafting process' mandate was formally determined by the presidency, which basically pre-determined the parameters of what could be changed and what could not," said Zaid al-Ali, a senior adviser on constitution building at the International Institute for Democracy and Electoral Assistance.

And while it nominally enshrines a list of social and political rights, he said it provides no guarantees.

"It was a slap in the face for a president in search of legitimacy... Not only did he fail to convince the people, but he finds himself isolated in the presidency and without a plan B," he said.