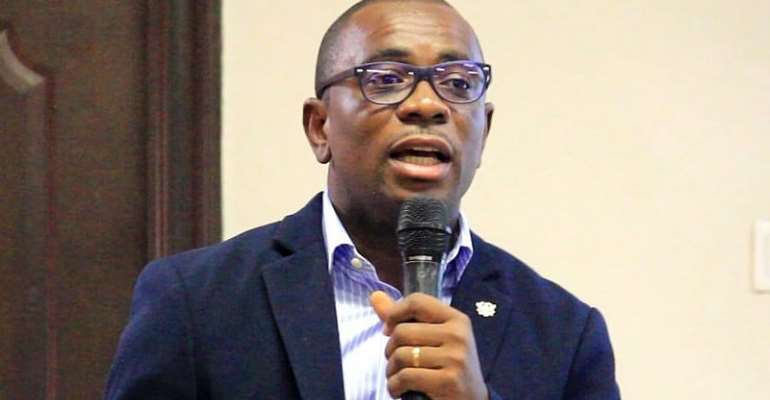 The Deputy Minister for Agriculture, responsible for Horticulture, Kennedy Osei Nyarko, has said the Government of Ghana is the sole financier of the incumbent government’s flagship program, Planting for Food and Jobs.

The Deputy Minister made the claim on Wednesday, October 28, 2020, on Accra-based Joy News’ PM Express Manifesto Tracker where the records of the governing New Patriotic Party (NPP) and the leading opposition New Democratic Congress (NDC) on Agriculture were being examined.

Fact-check Ghana has verified the claim made by Mr. Kennedy Osei Nyarko.

Below is the verdict and explanation.

CLAIM: “…. I am surprised that my colleague (referring to the NDC representative on the show) said Planting for Food and Jobs was started by the NDC government.

Interviewer (Evans Mensah interjected) …. But he mentioned that there was a grant

Explanation: The Planting for Food and Jobs Program which was launched on April 19, 2017 in Goaso in the Ahafo Region was meant to address the declining growth in the Agricultural sector in Ghana.

Among others, its objectives, according to the Ministry of Agriculture, were to serve as food imports substitution, ensure immediate and adequate availability of selected food commodities and provide job opportunities for the teeming unemployed youth in the agriculture and allied sectors.

In February 14, 2017, the Minister for Agriculture, Dr Owusu Afriyie Akoto, granted an interview with the Daily Graphic and said the Canadian and Korean government had extended 135 million and 9 million dollars respectively to execute the Planting for Food and Jobs programme.

A week later, President Akufo-Addo, delivering his maiden State of the Nation Address, further confirmed that the Canadian Government had provided Ghana with a loan facility to stimulate the programme.

“A National Campaign, “PLANTING FOR FOOD AND JOBS”, will be launched to stimulate this activity. An amount of 125 million Canadian dollars has been secured from Canada, a friend of our nation, to support the initiative,” the President said.

From the foregoing evidence, it is completely false for the Deputy of Minister of Agriculture to claim that the programme is being financed fully by the Government of Ghana.