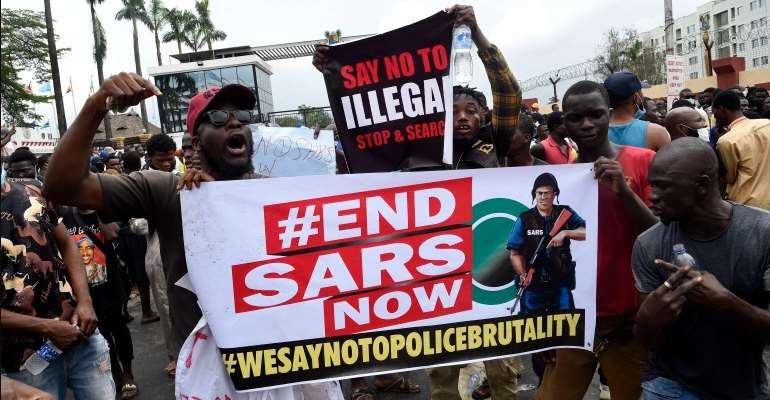 Participants at the 3rd Accra International Book Festival have observed a minute silence in honour of the innocent #ENDSARS protesters in Nigeria who were murdered by security officers.

The tribute was paid on Saturday during the official opening ceremony of the Afro-Book Festival held on the video-conferencing platform, Zoom.

The Accra International Book Festival invited participants to pay their respects to the people who lost their lives in the #ENDSARS protest.

Indian author Jagriti Roy has called on all freedom lovers across the world to stand behind the protesters in Nigeria as they demand the basic things of life from the Buhari-led government.

At least 46 people were reportedly killed by a combined team of Nigerian soldiers and police during a peaceful protest on October 20, 2020, at two separate locations.

The killings took place in Alausa and Lekki both suburbs of Lagos and have since courted the anger of rights group.

Nigeria has witnessed a nationwide protest against police brutality after a video emerged showing police officers alleged to be members of the notorious Special Anti-Robbery Squad (SARS) shooting and killing a young man in Delta State.

The Executive Director of the Accra International Book Festival, Iris Naa Norkor Akwetey has assured the #ENDSARS protesters of the continuous support of the Afro-Book Festival.

“As a Pan-African Book Festival, we support the #ENDSARS protesters and their noble attempt to bring about change in Nigeria,” she said.

“Sometimes change is difficult but we all need it one way or the other to fulfil our most cherished aspirations,” Iris Naa Norkor Akwetey concluded.