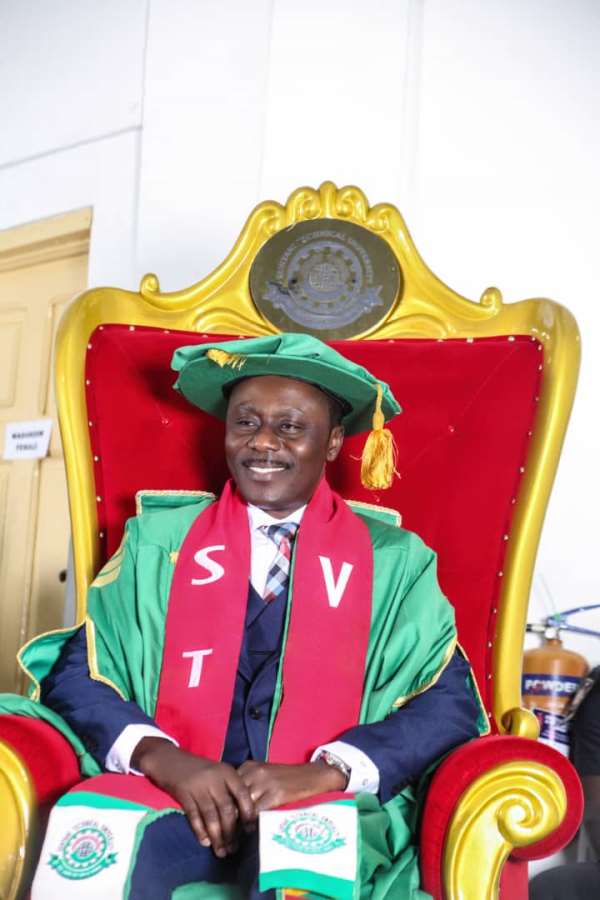 He takes over from Rev. Prof. John Frank Eshun, the Vice-Chancellor of Takoradi Technical University. Prof. Ing. Adinkra-Appiah is serving in his new role for a period of one year period, which began last month (October).

At their last meeting held at the Accra Technical University about three weeks ago, members of VCTU-G overwhelmingly endorsed Prof. Ing. Adinkra-Appiah as their new leader. The Out-gone Chairman of the forum, Prof. John Frank Eshun, thanked his colleagues for their co-operation and support during his tenure and asked them to offer even much more of that to the incoming chair.

He was particularly grateful to the Minister of Education, Dr Matthew Opoku Prempeh and the Executive Secretary of the National Council for Tertiary Education, Prof. Salifu Mohammed for their immeasurable support over the years.

Prof. Ing. Adinkra-Appiah, for his part, applauded his predecessor for the good job done and pledged to continue from where he ended.

He also commended Government for the successes chalked in the area of TVET, especially the massive support received by the various technical universities in the country.

Born at Atuna in the Jama South District of the Bono Region of Ghana, Prof. Ing Kwadwo Adinkra-Appiah has served in various management positions at the Sunyani Technical University including Acting Head of Building Technology Department (2007-2009), Acting Dean of School of Engineering (2009-2012), Vice-Rector (2013-2016), Rector (2016) and Interim Vice-Chancellor (2016-2019).

Starting his basic school education at the Roman Catholic Primary school in the Jaman South District, Prof. Ing Kwadwo Adinkra-Appiah graduated from the Kwame Nkrumah University of Science and Technology (KNUST), Kumasi, in 1998 and 2006 with degrees in B.Sc. Engineering and later MPhil Civil Engineering respectively. He obtained a PhD as Civil Engineer in Structural modelling at the RISA Technologies in California, USA, in 2006.

Prof. Ing Kwadwo Adinkra-Appiah has authored several research publications receiving several laurels of which prominent amongst them is being crowned as the Ghana Institution of Engineering (GhIE) Excellence Award winner in 2016 as the ‘Most Innovative Researcher of the Year.’ His research works has led to the introduction of an innovative building block in the Ghanaian construction industry dubbed ‘Salamorete building block’ for sustainable construction.