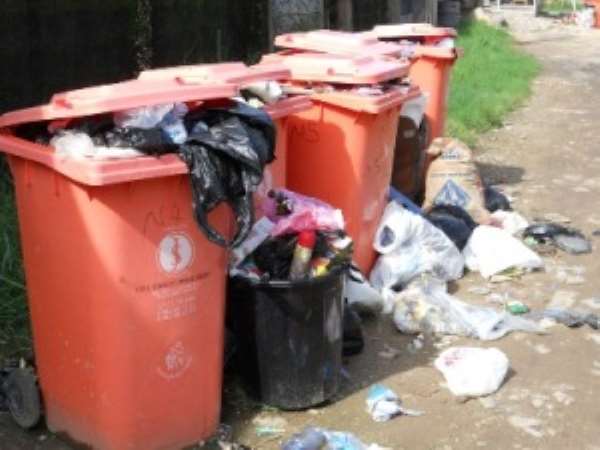 The government of Ghana on Saturday 31st October cut sod for the construction of the waste treatment facility plant in the Ho municipality of the Volta Region.

The government is poised in providing jobs for the youths through sustainable development goals.

The 400 tons treatment plant which will be situated in Akrufo, has been estimated to cost 15 million euros and will be completed in the next four months.

The construction of the treatment plant will be spearhead by one of the leading waste management and privately-owned entity, Jospong Group (Zoomlion) with support from the government.

The Municipal Chief Executive of the Ho Municipal Assembly, Mr. Johny Akpakli, in his address admonished the residents to eschew violence ahead of the elections.

"Let us not forget that peace is a key component of sustainable development. A healthy business environment is important and is disrupted when conflicts set in.

"The government cannot ensure peace but it depends on all of us to make sure there is peace," he noted.

"The assembly will fulfill it promise made to the families who lost their lands for the construction of the facility on the agreement made " the MCE assured.

The Deputy Managing director of the Jospong Group of companies, Md Gloria Anti, expressed her gratitude to the government for the support.

"On behalf of the Jospong Group, I want to extend my appreciation to the President Akufo Addo for his visionary leadership and personal support in championing the course of environmental sanitation and private sector development," she stated.

"We as the leading waste management company in Ghana and other parts of Africa will continue to contribute our quota to make these laudable ideas a reality in this sector," she added.

She added that the facility will boost job creation in the municipality.

"It will ensure the general well-being of the people in the country because of the removal of the gases in the treated wastes.

"It will ensure the overall achievements of the president's vision of making Ghana the cleannest city in Africa. It will contribute to the United Nations' goal on sanitation and climate change," the MD stressed.

The Volta Regional Minister, Hon. Dr. Archibald Letsa stated that the government is optimistic in ensuring a sustainable economy for Ghanaians.

"The government of Nana Akufo remains committed to the provision of potable water and sanitation services to the numerous for the socioeconomic benefits to the Ghanaian people," he said.

The regional minister also added that the completion of the plant will help improve the agricultural sector.

"The production of the organic compost for horticulture and agronomical purpose will be an added advantage to bost agricultural production in the government flagship programs in planting food and jobs.

"Processing for the use of papers and metals for reuse of inputs materials will be in the medium and long term, the regional minister stated.

He added that the construction of the facility will facilitate less environmental pollution.

"The plant will reduce high rate of plastic pollution while putting less on virgin material for economic growth," he stated.