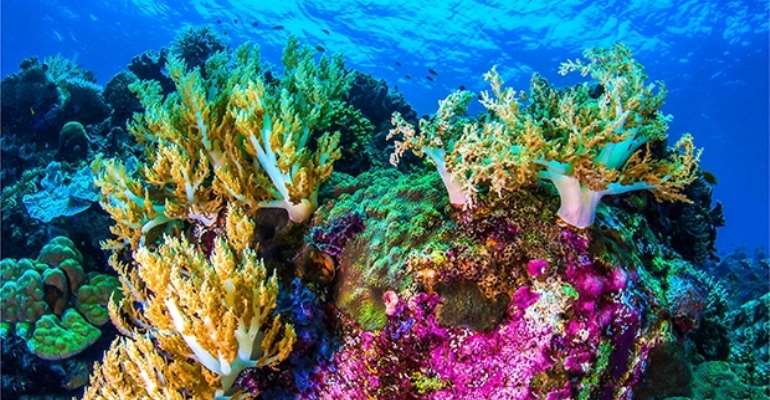 The Commonwealth Blue Charter, the Commonwealth's flagship programme on ocean cooperation, has been invited to join a leading line-up of official nominators for the prestigious Earthshot Prize.

The Earthshot Prize is an ambitious global environment prize launched by His Royal Highness The Duke of Cambridge, that seeks to stimulate innovative solutions to the world's most urgent environmental problems while improving living standards, particularly for communities most vulnerable to climate change.

Nominations open today for five awards worth £1 million each, highlighting impactful contributions to the following five goals or “Earthshots”: Protect and Restore Nature; Clean our Air; Revive our Oceans; Build a Waste-Free World and Fix our Climate.

As one of the Earthshot Prize's Global Alliance of Partners, the Commonwealth Blue Charter team will bring its expertise and a global reach to the search for candidates in at least one of those areas. Nominees could be individuals, teams or organisations, from a wide range of sectors including public, private and grassroots.

corals_1jpg.jpg
Commonwealth Secretary-General Patricia Scotland said: “Our Commonwealth Blue Charter team is extremely honoured to be selected to become a Global Alliance Partner supporting the pioneering and inspirational work of The Earthshot Prize.

“Through the Commonwealth Blue Charter, all 54 of our member countries make far-reaching commitments to work together proactively on ocean governance and conservation of marine resources, and to address ocean-related challenges and implement policies to use the bounty of the deep in ways which are sustainable.”

The nations of the Commonwealth have jurisdictions covering a third of the world's coastal oceans, 42 per cent of coral reefs, and they include the majority of the world's small island developing states – more aptly described as 'large ocean states'.

Forty-seven of the Commonwealth's 54 member countries have a coastline, where many communities rely on the ocean for life and livelihoods. This brings special awareness of the interdependence and connectedness of natural ecosystems, both on land and sea.

The Secretary-General continued: “I believe the innovation, collaboration and drive which the Commonwealth Blue Charter expresses, align perfectly with the objectives and values of The Earthshot Prize. We are thrilled by this fresh opportunity to shine the spotlight on the many imaginative environmental projects and conservation programmes currently emerging from Commonwealth countries.”

The Earthshot Prize will be awarded every year from 2021 to 2030, for a decade of action on the environment.

The Commonwealth Blue Charter is an agreement by all 54 Commonwealth countries adopted at the Commonwealth Heads of Government Meeting in London, April 2018. At the summit, all member states agreed to actively cooperate to solve ocean-related problems and meet commitments for sustainable ocean development, with particular emphasis on the UN Sustainable Development Goals (SDGs), especially SDG 14 (Life Below Water).

For more information about The Earthshot Prize, visit: www.earthshotprize.org

For more information about the Commonwealth Blue Charter visit: http://bluecharter.thecommonwealth.org