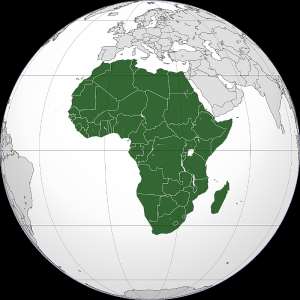 Just as any other policy laid down for implementation, it is in the right direction that there is the anticipation of challenges and setbacks in the pursuant of this underlined initiative. Knowledge about such challenges I vehemently believe will help governments, stakeholders and leaders to strategically channel preventive measures to alleviate and utterly eradicate the parallel menace.

One major challenge that the Africa beyond Western aid agenda may encounter is inadequate education and sensitization partly because all citizens no matter the ethnic diversity, language background or geographical proximity, since more has to do with collective effort of all persons, without comprehensive understanding of the initiative, there will certainly be transgression of its intended role in sister countries across the continent.

This could be addressed by maximum education in the classroom or better yet, affixed in the curriculum of basic schools and as core subjects in the tertiary. We can also employ the use of social media to spread the knowledge of Africa beyond Western aid and sensitize the general public on its importance, impact and how to achieve it. The media always remain a powerful tool.

Individual citizens in many countries across the continent, in their own dispensation, may lack the commitment necessary to achieve this agenda. This is because the African beyond Western aid has to do more with change in values, mind-set, and attitude; thus our individual contribution towards fundamental development in all spheres no matter how meagre we perceive it to be, must be positive and channelled towards this continental goal unreservedly. Without individual commitment, change in these values necessary for the agenda’s accomplishment may be very challenging, leading to delay, or in the worst case scenario, thwarting entirely the prospective outcome thereof.

Integrity as a value is one vehicle which can transport us as a nation to our goal of Africa beyond Western aid in the shortest possible period of time. Integrity in a layman’s language is doing what is right even when no one else is watching.

Since the agenda will have to do more with values and attitudes, it is highly paramount to be concerned with whether every citizen will abide by these values and turn positive attitude towards each other and the African continent at large, as exhibited at the cooperate environment in shades of punctuality, accountability and transparency.

The question therefore is, can all citizens be fair enough in dealing with each other, in discharge of duties towards the state and developing positive attitudes and mind-set in all endeavours, even when no one else is watching?

Monitoring and evaluation are key components of every initiative and this can be undertaken to measure the length of the topic of discussion prior to and or during its operationalization to enhance efficacy and help achieve the best of impact.

The Africa beyond Western aid initiative will also need to be monitored to foster progress in its spirit and letters. The challenge will have to do more with how well can we monitor citizens’ values, mind-set and attitudes towards development, knowing very well such elements are intrinsic and invisible enough to be monitored and evaluated? Even at any point in time, can the result of this evaluation reflect the actual meaning at the foreground, rhetorically?

In Africa where politic plays pivotal role in every activity, a change of government has the prospect of interrupting such a monumental initiative. A government newly sworn in to office due to differences in political ideologies and discrepancies in values with other political rivals, may not abide by the definitions of this initiative and may end up turning down the idea despite its undeniable and unreserved component of reliability, thereby aborting it or even terminating any budget allocated for its execution and implementation.

Therefore, frequent change of government is a threat to the agenda. Lack of commitment and the will to deliver on the part of governments is another bigger hindrance. Thus, when government in power lack the patriotism and enthusiasm, energy and strategy to mobilise citizens toward achievement of Africa beyond Western Aid, the concept will end up half-baked and left on the gallows of failure.

Now, on the most important part of this paper, which is the mechanisms to employ in bringing the Africa beyond Western Aid to fruition, I believe, that, aside several aspects which are already highlighted somewhere in my write-up above such as adequate education, undiluted commitment, integrity and uninterrupted governance, other mechanisms can also be resorted to, most especially in the case of attitudinal change. It is therefore believed that, the best strategy to employ is change in values, mind-set and individual attitude towards achievement of this continental goal. It is against this background that I herein enumerate below some of the notable values Africans must adorn themselves with in our pursuit for a continent beyond aid, which include but not limited to: Patriotism, Hard work, Honesty, Punctuality, Respect, determination, Volunteerism, Self-reliance, Persistency, Transparency, Accountability, Teamwork, and Efficient Use of both Natural and Human Resources.

According to Sen (1999), in his award winning Book “Development as Freedom”, he elaborated on the need for societies or countries that wish to develop beyond their contemporary state, to create that enabling environment necessary for its citizens to have their basic freedoms in such variations as peace and security, good education, improved and promising health systems, clean water, free mass media, effective communication and basic food. I believe when African governments are able to strengthen these basic structures, a culmination of the perfect social environment will be created, enabling individual citizens to add their quota towards national development wholeheartedly. This will consequently usher them into a patriotic state of mind where they will be intensive partakers and not extensive observers in developmental activities of their respective African countries.