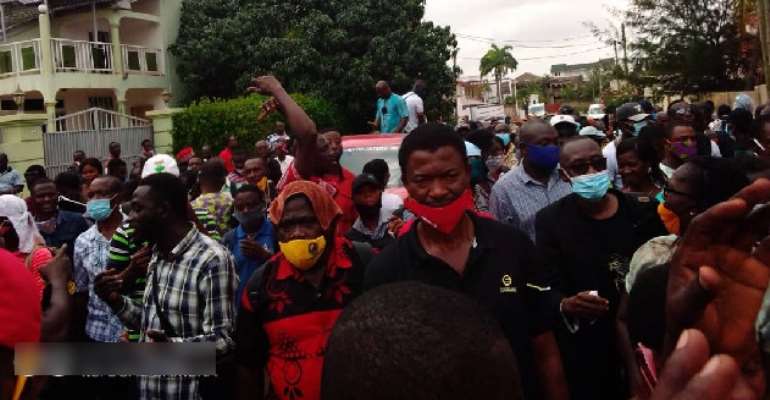 Angry Menzgold customers have besieged the office of Zylofon Media, a subsidiary of businesses owned by Nana Appiah Mensah (NAM1), owner of the defunct company.

One customer collapsed during the demonstration.

The irate customers who were protesting the forecourt of Zylofon Media have accused government of pampering NAM1.

That singular act, they said is clear evidence of government colluding with NAM1 to rob them of their investment.

The angry customers have vowed to vote against the NPP government if nothing is done about the situation.

The police was at the scene to secure the Zylofon building.