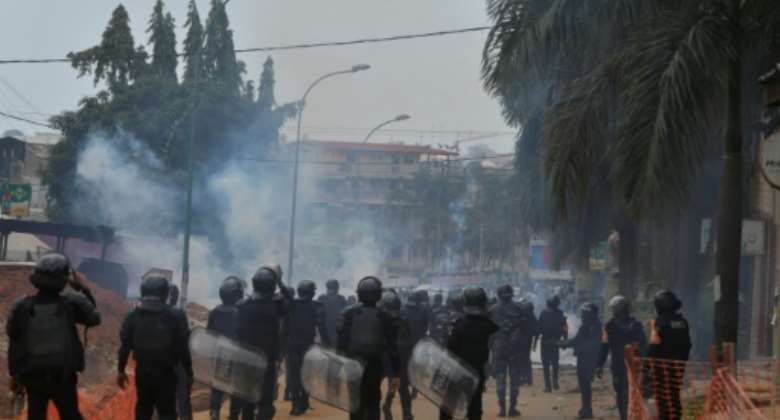 Ivory Coast President Alassane Ouattara appealed for calm over Saturday's election as opponents dismissed the vote as a failure after a boycott and scattered protests against his bid for a third term.

At least 30 people have been killed in pre-election clashes since August, stoking fears of a repeat of the crisis that left 3,000 dead a decade ago when then president Laurent Gbagbo refused to accept defeat by Ouattara.

The Ivorian leader's decision to run again angered opponents who called for an "active" boycott and civil disobedience over a third mandate they branded an unconstitutional "electoral coup".

"I appeal to those who launched this slogan for civil disobedience which has led to deaths: Stop. Ivory Coast needs peace," Ouattara said after he voted in Abidjan.

A former IMF economist in power since 2010, Ouattara is facing off against veteran opposition leader Henri Konan Bedie in a bitter rivalry that has marked the West African country's politics for decades.

"The electoral coup has been a failure. The Ivorian people succeeded to halting this election," opposition candidate Pascal Affi N'Guessan told a news conference at Bedie's residence.

Groups of youths set up makeshift barricades in and around central eastern town of Daoukro, a stronghold of Bedie.

"We don't want Ouattara's third term. Elections should be postponed," said protester Eugene Kouakou Kouadio at a barricade of tables and branches, with a slingshot in his hand.

Polling stations had still not opened in the town towards the end of voting, an AFP reporter there said.

Voting material was damaged and one person injured in the western town of Gboguhe when clashes erupted between pro-Ouattara ethnic Dioula youth and local Guere communities, said paramedic Arsene Boazo.

In Bouadikro and Bongouanou, a stronghold of opposition leader N'Guessan, north of Abidjan, polling stations had also not opened.

More than 35,000 police and security force officials were mobilised to secure the election.

Electoral Commission President Ibrahime Kuibiert-Coulibaly acknowledged some local problems, but said only 30 or 40 polling stations had been ransacked out of 22,000 nationwide. He did not say how many stations could not open.

Electoral authorities by law have up to five days to announce the results.

The ballot in French-speaking West Africa's economic powerhouse is a crunch test in a region where Nigeria is emerging from widespread social protests, Mali faced a coup and jihadist violence wracks the Sahel.

Ouattara, 78, was supposed to step aside after his second term to make way for a younger generation, but the sudden death of his chosen successor led to a change of plan.

Protesters blocked roads in the opposition stronghold of Daoukro. By SIA KAMBOU (AFP)

The Ivorian leader says a constitutional court ruling approved his third term, allowing him to bypass two-term presidential limits after a 2016 legal reform.

His supporters expect a strong win, touting his record in bringing infrastructure projects, economic growth and stability to the world's top cocoa producer after a decade of instability.

But Bedie, 86, and other opposition leaders accuse the electoral commission and the constitutional court of favouring the government, making a fair and transparent vote impossible.

"The question is what will the opposition do after November 1?" said Sylvain N'Guessan, director and political analyst at the Abidjan Strategies institute.

Weeks before the election saw sporadic clashes in the south of the country. By Issouf SANOGO (AFP)

The weeks before the election saw sporadic clashes in the south of the country, mainly between local ethnic groups close to the opposition and Dioula communities seen as loyal to the president, himself a Muslim from the north.

The country's political feuds are often closely tied up with its leaders' ethnic identities and regional loyalties.

A decade ago, Ivory Coast was emerging from a civil war and the country was split in two, the north held by rebels and the south by forces of then president Gbagbo.

I won’t be an impediment to free, fair and transparent elect...
13 minutes ago