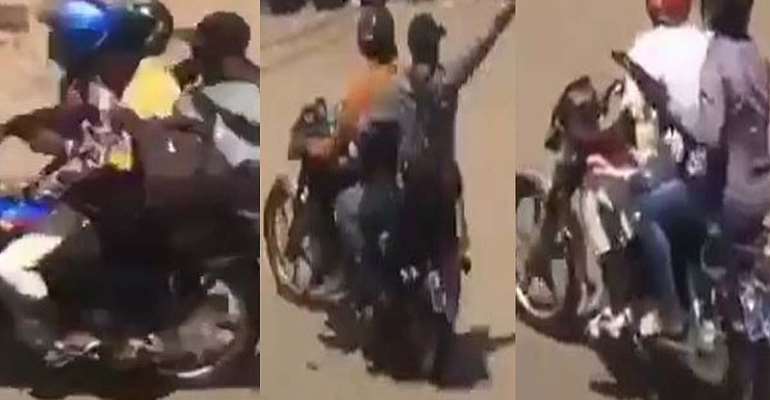 Traders within Kumasi in the Ashanti Region are calling on authorities to provide armed security personnel at major markets to ensure their safety.

According to them, Friday's broad day robbery incident has put fear in them hence their call.

Police in the Ashanti Region have arrested three suspects in connection with the shooting and robbery incident at the Alabar market which claimed one life and left many injured.

Speaking to Citi News, one of the traders said a number of her colleagues are afraid to return to the market.

“Next time, I suspect we will all run for lives because we don't know what will happen when we are attacked since they were able to enter the Alabar market and caused this mayhem. So we want the police to come to our aid and protect us.”

What happened at Alabar market?

On Friday, October 30, 2020, a gang of about seven men wielding guns and machetes riding on three motorbikes stormed the main Alabar Street and robbed some traders of an unspecified amount of money amidst firing.

Four of the victims sustained injuries with one person pronounced dead at the Manhyia Government Hospital.

The deceased has been identified as Nuhu Fuseini age 54, an onion seller at Alabar, and the other four are responding to treatment at the same hospital.

The Police responded to the robbery and arrested three of the armed robbery suspects namely, Hamza Nuhu, 22, Salifu Iddrisu, 18, and Ali Razak also 18, suspect Nuhu was shot in the right thigh by Police during the pursuit and currently on admission at the Komfo Anokye Teaching Hospital (KATH) under Police guard whiles the other two suspects are in detention to assist in Police investigation.

Meanwhile, the Police have since launched a manhunt for the arrest of the remaining armed robbers and appealing to members of the general public, especially eyewitness(s) who have any information that can lead to the arrest of the suspect by calling the police emergency numbers on 191, 18555or 0299207770.